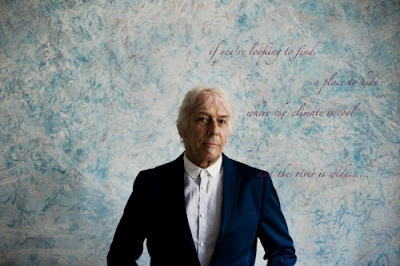 Not everyone can draft in Tim Hecker, Alva Noto, Leyland Kirby & Actress on remix duty. But then not everyone is John Cale...


This roll-call of LMYE luminaries was unleashed on a Cale EP from last autumn a couple of months back (yes, it's taken a while to get it acknowledged here...). While the others contribute to the resulting Record Store Day special with predictably diverting collisions of style with Cale's art rock, it is Hecker's jaggedly splintering, unexpectedly moving Suffocation Raga - less a remix, more a point of inspired departure - that grabs these ears (the artist's concern about "crap soundcloud compression notwithstanding" notwithstanding).


Cale commentary on the EP (but not the remixes, sadly). 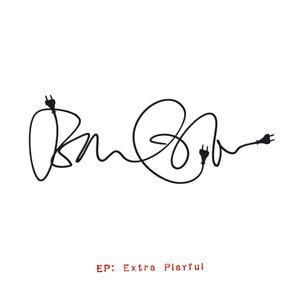 
Important: LMYE only makes music available that artists/labels have chosen to share freely. Let us know if something here shouldn't be.
Posted by JL at 16:57 No comments: Two gilded Touch-related treats from a pair of mitteleuropaische artists so distinctive & irreducible their surnames are all the marker needed. Fennesz's new AUN - the beginning & end of all things soundtrack (Ash International) yields the lullingly reflective Hikari, while the glowing tones of Sinus 5 append to Steinbruechel's Tapeworm cassette Sinus.

Blurbs: "‘AUN – the beginning and the end of all things’ follows the strings of thoughts the late Claude Lévi-Strauss revealed in his anthropological essays throughout the 20th century, as well as those of Japan’s unique Shintoism who’s millions of gods inhibit and preserve nature. The film focuses on the dichotomy man/nature and envisions a future world where life will be nothing but sensual. It contains references to Brazilian writer Clarice Lispector, Italian anthropologist Fosco Maraini and the Japanese writer Yoko Tawada."


"A simple synthetic-based, sine wave generating freeware program was used as sound source for creating single pulses and long static tones in several different tonal pitches. No additional sound design or other analogue or digital processing was used during the creation of the sounds. The single sound elements were layered and sequenced into different movements of varying shapes and colours focusing on the pure essence and aesthetics of sound. Each track interweaves longer, stretched, tonal segments and rhythmic patterns into sine-curved compositions.


The four Sinus tracks were sequenced at one hundred and twenty beats per minute in nineteen ninety nine by Steinbrüchel. They were previously released as a personal CD-R edition of 10 copies. " 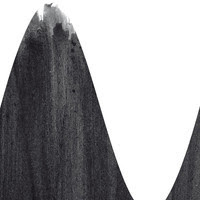 Important: LMYE only makes music available that artists/labels have chosen to share freely. Let us know if something here shouldn't be.
Posted by JL at 10:55 No comments: 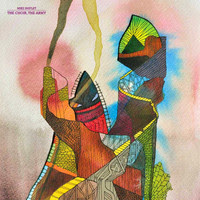 Exceptional balancing of sour & sweet, terror & uplift, arcing melody & drilling noise in this wondrous, wowing piece from a forthcoming Mike Shiflet LP on Under the Spire. If the rest of The Choir, The Army is anywhere near as good as Zahlentheorie, it'll be near the top of these ears' releases of the year.


Another will be Shiflet's ferocious, transcendent Recollect/Reconstruct tape with his Scenic Railroads partner Joe Panzner. As Rubber City Noise rightly has it, "from lush engulfment to claustrophobic intensity...a soundtrack of planet birth—from gaseous outer layers down to primordial ooze".


Important: LMYE only makes music available that artists/labels have chosen to share freely. Let us know if something here shouldn't be.
Posted by JL at 11:26 No comments: 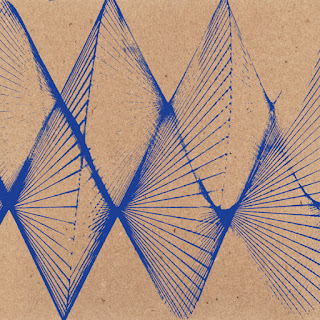 Staying down under: working alone & with a new co-conspirator, Kane Ikin has put his name to two of this year's most rewarding releases. Ikin's growth beyond/besides Solo Andata has already yielded both the Contrail EP in his own name (on 12k) & Strangers with David Wenngren (for Simon Scott's keshhhhhh), as well as a raft of unreleased SoundClouding (much of it already down again, however, though the "slow & slow" Tails & A chord.repeated - "repeating itself into itself into itself" - feature below for as long as they remain up)...


While the mechanical joins don't show, the strikingly still, stately Strangers' remote co-production "without ever meeting, without real discussion or even a plan" seems reflected in its hushed self-containedness. The somewhat warmer, sometimes busier Contrail makes a lovely companion piece. Its additional colour helps round Strangers' graver delights into a richer, coherent whole. 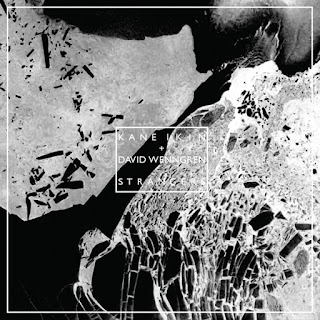 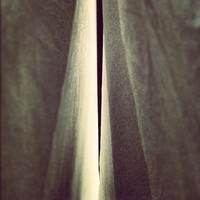 Important: LMYE only makes music available that artists/labels have chosen to share freely. Let us know if something here shouldn't be.
Posted by JL at 11:52 No comments: 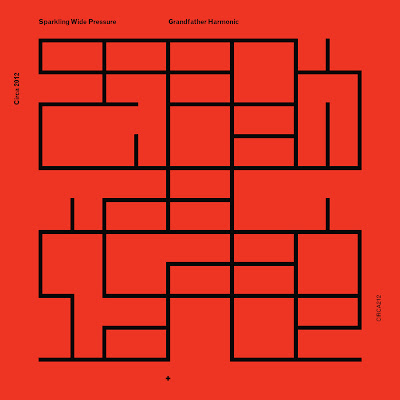 
Hear diverting pieces from each (Looking to Remember, 183 Times, Laakso) below. Stream all of Grandfather Harmonic, plus Ernetti from Digressions (both Spotify). 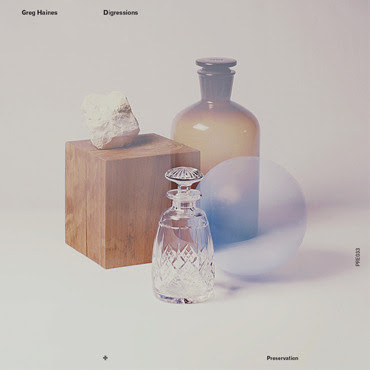 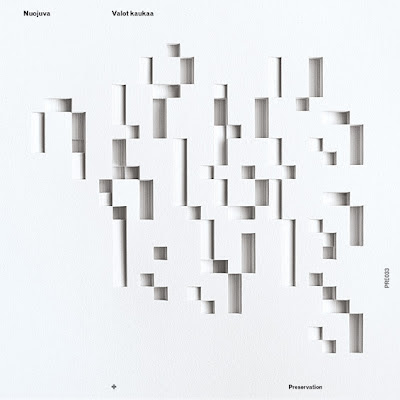 Important: LMYE only makes music available that artists/labels have chosen to share freely. Let us know if something here shouldn't be.
Posted by JL at 09:24 No comments: 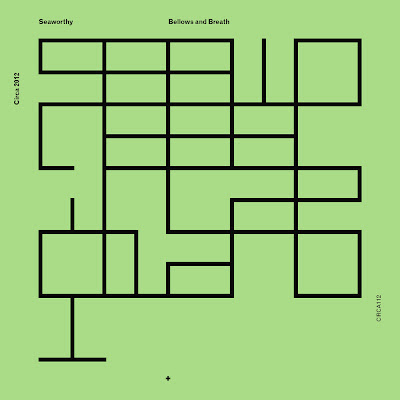 A uniquely lulling, layered haziness has long made Cameron Webb's Seaworthy a jewel even among the Aussie ambient riches he hailed in a rewarding recent radio interview (& which LMYE has celebrated over the years). Now Bellows and Breath - via another down under delight, Preservation (our Neglected Label of 2011, even) - works wheezy harmonium loveliness & yet defter field "detritus" into his sound.


Hear to what beguiling, blurry effect on Breathe Deep & Rattled Rushes below (or stream the whole album (Spotify)). Another take on this tack in his course comes from a plaintive remix for Preservation label-mates The Singing Skies, while a loop series & live performance - both for radio - amplify the insight. 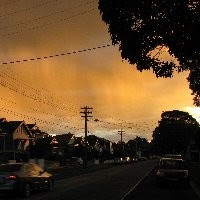 A Message From The Cliffs (Seaworthy remix) - The Singing Skies

Important: LMYE only makes music available that artists/labels have chosen to share freely. Let us know if something here shouldn't be.
Posted by JL at 11:41 No comments: 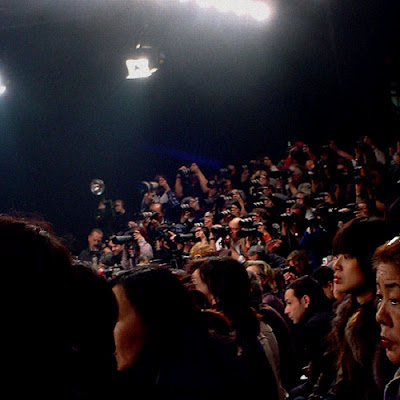 Sasu Ripatti serves a pair of contrasting pummellings - in off-kiltering machine mode as Vladislav Delay with the Espoo EP on Raster-Noton & in a suppler, more slippery guise as the Moritz von Oswald Trio's timeshuffler on Fetch (Honest Jon's)...

Blurbs (one more illuminating than the other, but anyway): "Vladislav Delay‘s EP 'Espoo' features two new conceptual, rhythm-intense tracks. Whereas the groove of the opener 'Olari' derives from a sound loop which is manipulated by filters and echoes and finally brings forth the intensifying beat, the reverse is done with 'Kolari' on the b-side. starting from an impulsive, staccato beat, a sound carpet is woven by means of modifiers which gradually shape a permanent vacation-like melody, close to terry riley‘s minimalistic concepts. both tracks share a linear increase in density, and because of their break with the common four-four time, they create a certain folkloric atmosphere."


"The Moritz Von Oswald Trio operates at the bleeding edges where musical lineages collide. Feeling for the shared heartbeat that pulses through dub, techno and jazz, it seeks out points of contact before exploding them outward into hypnotic explorations of rhythm, texture and tone...At once umbilically connected to and completely distinct from all the musics that they draw from, the Trio's subliminal musings on the connections between musical forms are expressed by Fetch as a series of beguiling contradictions. Rigid vs. fluid; playful vs. deadly serious; machine vs. human; sensual vs. austere: all of these seemingly opposing forces are allowed to intermingle across four longform tracks, sometimes played off against one another, occasionally brought together in tense unison before springing apart once again." 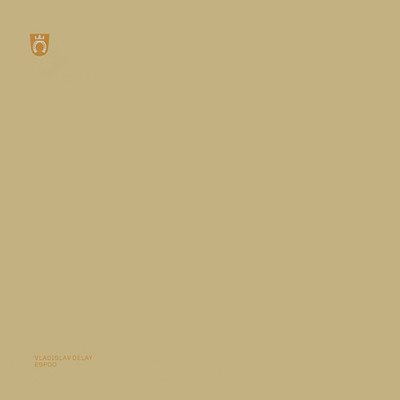 Important: LMYE only makes music available that artists/labels have chosen to share freely. Let us know if something here shouldn't be.
Posted by JL at 09:30 No comments: 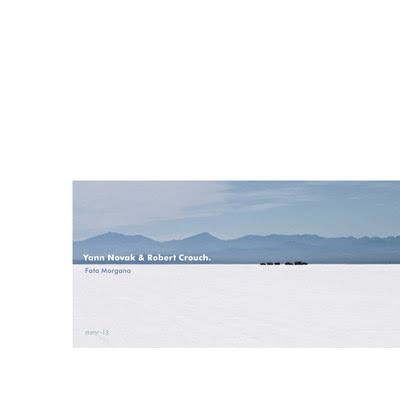 No one can accuse Yann Novak & Robert Crouch of aiming too low. Their Fata Morgana, part of last year's AxS Festival & released on Murmur this week, "mirrors the rare and complex mirage phenomenon which hauntingly inverts the boundaries of figure and ground over both desert lands and seas."


This exquisite, heat-hazed piece - a distant shimmer, a wispy chimera - is "a kind of fragmented travelogue, reconstructed through field recordings from the Bonneville Salt Flats, Utah and Lake Mead in the Valley of Fire State Park, Nevada".


Below hear a stereo mix "recomposed for home listening". Or stream the full 45 minutes (Spotify).

Also tuck into an extract from Novak's similarly gripping 3 Surfaces & take a 40-minute whistle-stop tour across his full discography (including last year's Presence, plus Relocation.Reconstruction & The Breeze Blowing Over Us)... 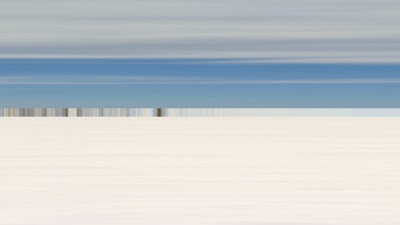 Important: LMYE only makes music available that artists/labels have chosen to share freely. Let us know if something here shouldn't be.
Posted by JL at 21:19 No comments: 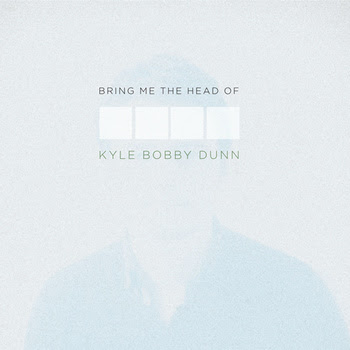 For once, everybody is right. Bring Me The Head of Kyle Bobby Dunn is the best title of the year...


KBD's second for Low Point, the sombre, beautiful Bring Me ("music of my head and in my head") may well also be one of the records of the year. Below hear the languid unfurlings of its first seven pieces (several previously around in SoundCloud versions documented here last year), plus a bonus.


The Future Elements interview (source of quote above).

Bonus: "Heartbreaking oldie from 2006 or so. Slated for the new record but couldn't quite make it through, appropriately I suppose."

Important: LMYE only makes music available that artists/labels have chosen to share freely. Let us know if something here shouldn't be.
Posted by JL at 16:12 No comments: