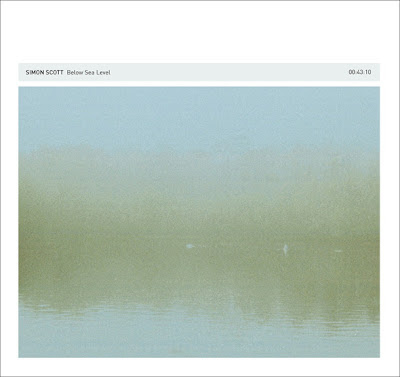 To these ears Simon Scott's Below Sea Level package for 12k is one of the year's key releases - not just a stand-out album of glowingly warm, densely textured excursions into landscape & memory (stream the radiant __Sealevel 2 below), but also a hugely impressive 80-page book of thoughts & photography that shore up an increasingly fragile environment, if only by expressionist preservation. Out today...


"The inspiration behind Below Sea Level, including its music, title, artwork and photography (see accompanying journal) originally derives from Scott’s desire to musically explore the desolate and controversial environment of the Fens in East Anglia, UK. The memories Scott has of visiting this area as a child make this a poignant and highly personal project that explores nostalgic familiarity with a desire to capture the musicality of the landscape. For two years Scott ventured into this former wetland with hydrophones and self-built recording devices to explore the land that is cartographically below mean sea level, trace the devastating history of this environment caused by the drainage of the land, and arrange it into conceptual musical and visual project.


Below Sea Level explores the aesthetics of active listening and, via a self-built MaxMSP patch, digitally disects the natural and man-made recordings Scott discovered within the Fens. The juxtaposing of analogue and digital timbres and textures, the man-made and natural world sounds, create epic interwoven soundscapes that blend the recognizable (eg.: birdsong) with undistinguishable sounds, sometimes confusing what is natural and synthetic. Scott presents an abstraction of a place that is arranged and manipulated for aural contemplation outside of the Fens (in alien environments) where the music collaborates with each unique listening environment. For the final stage of Scott’s process he played the mixed songs out of portable speakers and re-recorded them in the wide open spaces and natural ambiences of the Fens to capture the collaborative nature of Below Sea Level. Having these field-recorded sounds; the crows, the passing trains and tractors, recorded in real time with the mixes rather than multi-tracked in the studio provides a strong sense of place and immediacy..." 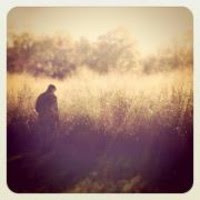 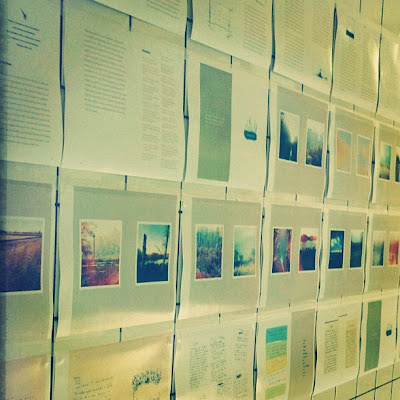 Important: LMYE only makes music available that artists/labels have chosen to share freely. Let us know if something here shouldn't be.
Posted by JL at 12:12 No comments: 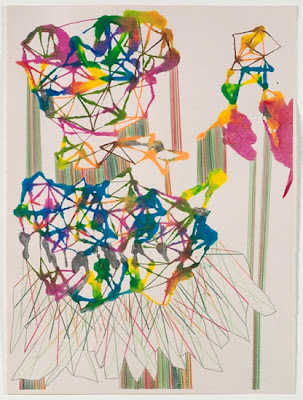 Lately all roads lead to, er, Roden. In just a few months as many as three essential Steve Roden releases have surfaced. The solo Proximities (a retroactive staple of our 2011 Festive 50 + 50) (Line) & collaborations with Machinefabriek (Lichtung, Eat Sleep Repeat) & Steve Peters (Not A Leaf Remains As It Was, 12k) are each highly considered yet captivatingly fluid - & while quite different (Proximities spangling, Lichtung crunching, Leaf quavering) all exhibit an affecting contemplative beauty.


Oh, & in case this sudden burst of fecundity isn't enough for you there's a Champion Version 10" film soundtrack along shortly (or already gone, perhaps, since it's some ultra-limited lathe-cut thing...).


Also, among a global itinerary Roden is part of the ICA's Soundworks starting next month. 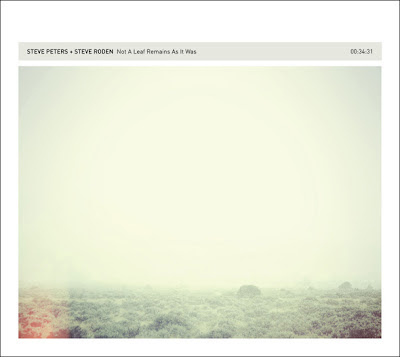 Blurbs: "Proximities was recorded in 2010 during my time as the artist-in-residence at the Chinati Foundation in Marfa, Texas. I began by recording a performance of a series of tones played on an old battery powered Paia Oz, that were determined by the letters A-G as found in a text by minimalist sculptor Donald Judd. I recorded the tone sequence several times during sunrise, amidst 50 of Judd’s stainless steel sculptures in an old army barracks that has been converted into a museum. The performances were recorded with an H4 digital recorder, my iPhone and also a cheap Sony micro-cassette recorder.
During several of the performances these small devices were emitting the sounds of previous performances from their tiny speakers. At times I also hummed. All of the processing in the recordings was generated by the extremely resonant physical space. The occasional popping sound, which can be heard at the end, are the sounds of Judd’s sculpture expanding while the sunrise changed the temperature within the space."


"‘Lichtung’ is a collaborative project centered around an audio-visual installation. Sound artists Steve Roden and Rutger Zuydervelt (a.k.a. Machinefabriek) composed the audio, while the video element was provided by the German visual artist Sabine Bürger.The installations exhibition was part of a series organized by Galerie Vayhinger revolving around the German concept of ‘heimat’ - the area in which someone was born or had their early formative experiences. Considering the artists’ far-flung locations it was decided that the gallery’s locale should provide them with a ‘temporary heimat’. The Mindelsee lake situated just a few hundred yards away from the gallery became the natural focus of the installation. During their stay, Sabine and Rutger recorded the video and audio footage that became the foundation which Steve Roden responded to with material inspired by his surroundings in the US. It resulted in an immersive four-channel audio-visual presentation, in a gallery space also showing additional visual works by each of the artists, and the floor covered with dried leaves." 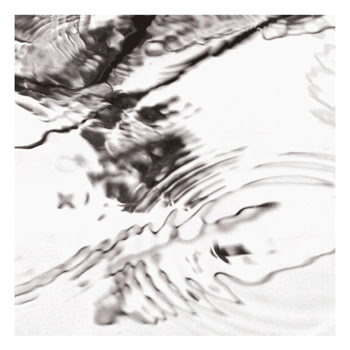 "In 1995 Steve Peters and Steve Roden toured as a trio with singer Anna Homler; sometimes they would vocalize behind her, and they liked the way their voices blended together. They then spent about 15 years saying that “someday” they should record a voice-based project together. Aside from the physical distance between them, the problem was always: What would we sing? Neither wanted to write or sing lyrics.
Inspiration came in the form of a book of Japanese jisei – poems allegedly written by monks on their death bed – printed in both English translation and Romanized Japanese. Phonetically pronouncing the Japanese reminded Peters of the technique Roden has used of systematically chopping up the syllables in English texts to transform them into sound poems. Since neither of them speaks Japanese, it seemed like a good place to begin.The two of them applied for a residency at Jack Straw, a non-profit recording facility in Seattle that gives grants of studio time. They had no exact plans other than they intended to avoid electronic instruments, or directly referencing the poems’ literal meaning, or imitating any Japanese musical idioms or “Zen” stereotypes. Culling some of the poems that made references to sound and noting them on 3x5 cards, Peters and Roden sorted the cards into four groups according to the seasons of the year that the poems represented, divided the cards between them, and taped them to their music stands. They then sang random fragments from the various cards - a word here, a line there, maybe backwards, maybe the English translation. They made no effort to keep the poems intact or retain any of their meaning, instead treating the material simply as phonemes to put in their mouths.All of the music was improvised in the studio, built up one track at a time. They worked intuitively, with no structural guidelines beyond using the texts." 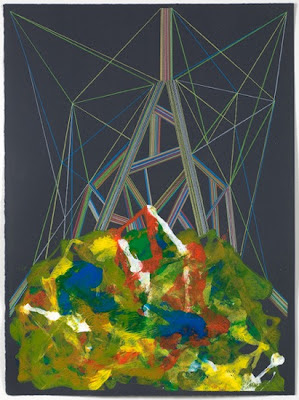 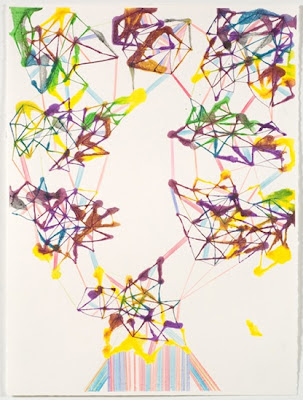 Drawings from Roden's of frozen music and liquid architecture series. Important: LMYE only makes music available that artists/labels have chosen to share freely. Let us know if something here shouldn't be.
Posted by JL at 10:59 2 comments: 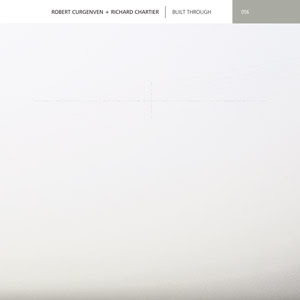 Talking of Line, as we were, ahead of Richard Chartier's revived William Basinski collaboration comes a showdown with Robert Curgenven. Built Through feels like a further instalment of the earlier Oltre's austere, challenging beauty, but though also on Line that was solo Curgenven (with a little help from Joerg Maria Zeger, his partner in TSU).


In contrast, all but one of BT's four pieces of industrial hum & whisp are based on previous Chartier work between 2000 & 2005 - then duly processed (through a 16-foot pipe organ in invariance strata's case & "a matrix of pieces for nine turntables, linear dubplates and ventilator" in acquisition eviction's...). Only displacement takes Curgenven material (Australian field recordings) as its point of departure - on through "an improvisation for binaural microphones, wine glasses, two turntables and linear series dubplate".


Blurb: " The acoustic architecture of Robert Curgenven and Richard Chartier forms a delineation of space built through dismantling the constitution of internal and external. Beyond dividing space, creating a façade or habitable zone, the perceptibility of the surface is turned back in on itself and with it a shift in the ideological and social context of the space. A seamless integration of digital and analogue, a suffusion which creates a mutual modulation, transforming purpose chosen materials—dense, undulating foundations through to stratified filaments and needle-point framework—defining the approach, the entry, the walk-through, the departure." So there...


Both collaborators have valuable solo offerings out too. Honorary Cornishman Curgenven splits a Winds Measure 12" with Will Montgomery. His share is the richly crackling "impossible topology" of Looking for Narratives on Small Islands  - an extract of which loomed out of futuresequence's first mega-compilation last summer.


Meanwhile, at the opposite end of his admirably broad spectrum Chartier's pinkcourtesyphone alter ego ("the sonic essence of some nicely dressed 1960s housewife wistfully peering out her window while reclining on some lovely couch or divan, with, of course, a slowly sipped cocktail and perhaps half of a Valium") surfaces with a playful, deviantly post-pop debut "formed from places, plastics, and particulars during 1997, 2004, and 2011".


Foley Folly Folio is also a debut for the sub-label Line Segments. This "will highlight some, perhaps, very non-LINE-like works. Works that stray from the norm... more maximal, maybe... louder, maybe... noisier maybe... beat-oriented, maybe. So many possibilities... a chance to showcase some things LINE loves."


Other voices populate the indisputably more maximal (though none too beat-oriented) FFF, particularly wishful wistful wanton's woman-child. Chartier's tongue features too - wedged firmly in his mouth, terming the release "lugubrious" & himself "considered by some to be quite fancy" & characterising the possibly punning pcp as "dark but not arch, with a slight hint of humor". 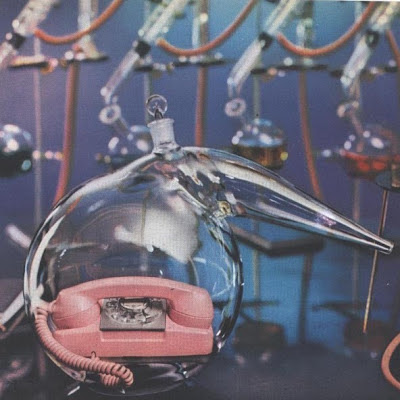 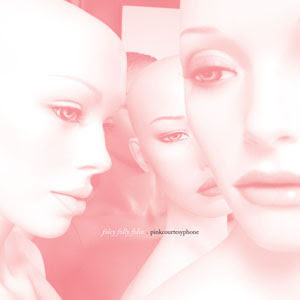 Important: LMYE only makes music available that artists/labels have chosen to share freely. Let us know if something here shouldn't be.
Posted by JL at 10:16 No comments: 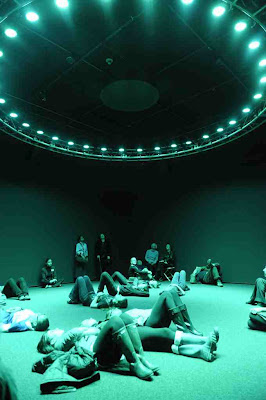 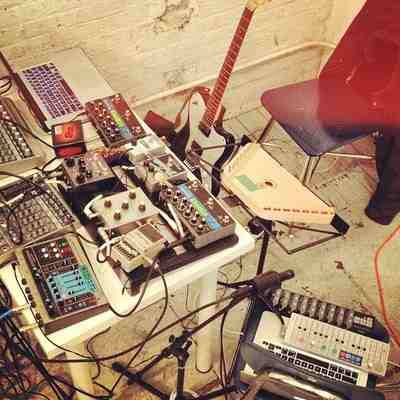 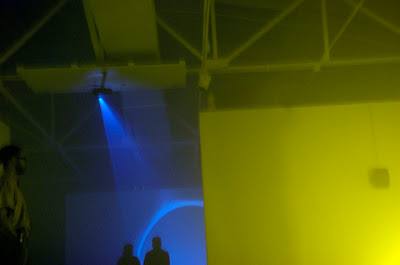 
Nearly There (Disquiet0004-mfischer the midnight sun Remix) by Stephen Vitiello


NB: first & last photos by Stephen Vitiello; second by Taylor Deupree. Important: LMYE only makes music available that artists/labels have chosen to share freely. Let us know if something here shouldn't be.
Posted by JL at 16:26 1 comment: 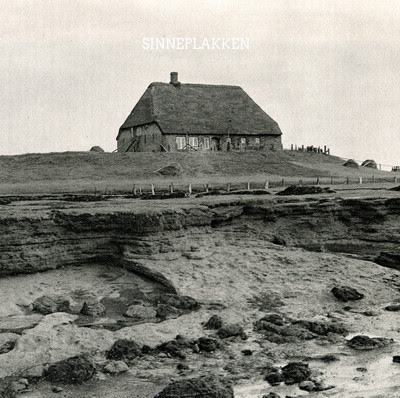 Time for a brew - & not just any old brew, but a steaming vat of the robust East Frisian Black that hints at Jan & Romke Kleefstra's deeply rooted, vernacular sound (& a couple of bags of which accompany the salty, tangy experiments of their new Sinneplakken on Time Released Sound, along with other treats like local soil & a Viking collage...).


"With its conceptual basis set in the history and atmosphere of the Frisian Islands, this music is steeped in those shorter days and longer nights of mysterious northern climes. The Frisian poetry that is being read on several tracks is blended with the electronics and sampled sounds of these flat, sub sea level islands, and the spirits of a long founded and somewhat obscured pagan past."


The release adds Christiaan Kuitwaard to these relentless collaborators' trio with Sytze Pruiksma (their Deislieper (Hibernate) was part of LMYE's Festive 50+50 of last year's key albums). Another trio, with Anne Chris Bakker, also has new-ish (& neglected, here at least) material out - the affecting, sombre Griis on our cherished Low Point.


Among the streams from these two must-haves below hear also the implacable, intense build of KBK's unreleased Nacht en Dei (suspect even my limited Frisian can manage that...) - a downloadable soundtrack to images of Shinkan Tamaki's (excerpt below too). 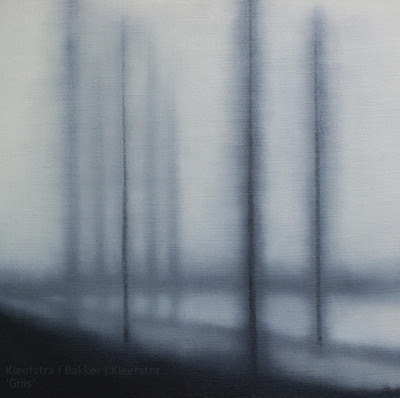 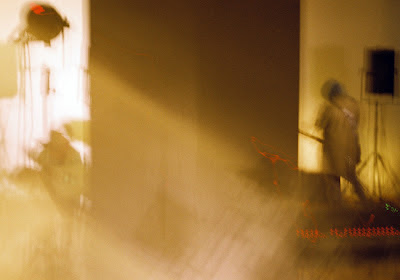 
Important: LMYE only makes music available that artists/labels have chosen to share freely. Let us know if something here shouldn't be.
Posted by JL at 11:17 No comments: