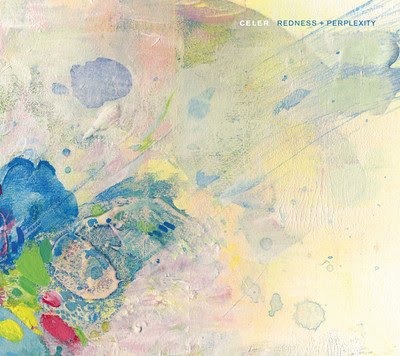 Still under the gun (& staying there for another four weeks), but to keep our collective hand (& ears) in: a quartet of compelling pieces harvested a while back, slackly stacked in draft...

Featuring Marcus Fischer (whose lulling  Unrecognizable Now project - including a fine album for Kesh, Two Rooms - will be covered here soon-ish...); Celer (among whose inevitable torrent of releases since our last post his unexpected - & unexpectedly frisky - series of collaborations with Machinefabriek are particularly notable &, again, due coverage here 'shortly'); & Nobuto Soda & Chihei Hatakeyama, both in what I'm guessing are new partnerships (with Danny Clay & Asuna, respectively).

By happy coincidence, the Hatakeyama/Asuna was due to be released today. Other sources have it already out at the start of this month, but as that would mess with the synchronicity let's agree it didn't happen...

Anyway, back in what passes for full in late September. 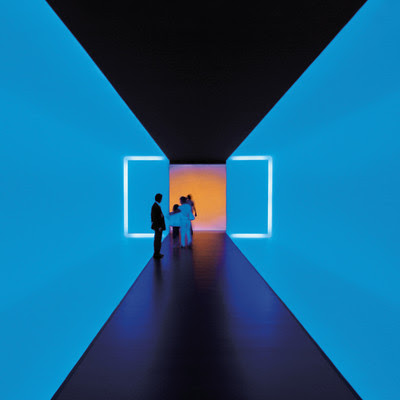 CELER - Voluminous Files of Multi-colored Lines / AM Arrest and Conclusion

Danny Clay, Nobuto Suda  - in search of may apples - Part 1 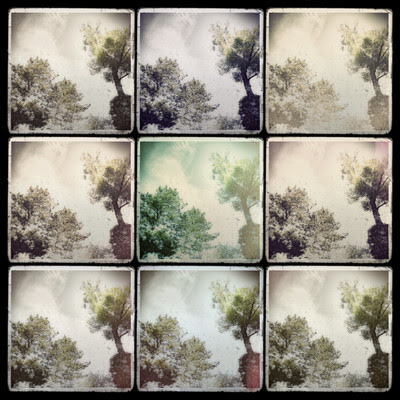 Important: LMYE only makes music available that artists/labels have chosen to share freely. Let us know if something here shouldn't be.
Posted by JL at 09:43 No comments: 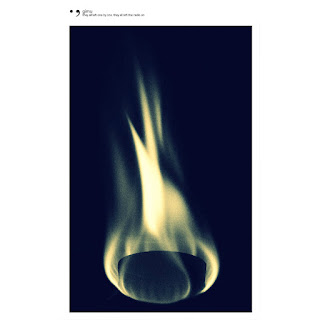 Resonant lyrical waxing from previously unheard-of boy from Brazil, Gimu (‘g’ as in genre, not gold), an experimental ambient/drone musician based in Vila Velha, Brazil, who portrays himself modestly as ‘...only an old guy who's always making music.' Modesty becomes him, and the 'old' bit doesn’t count against you in this particular corner of the musical universe, at least not the last time I looked. He does seem to be ‘always making music,’ though, as a slew of releases surfacing on bandcamp through 2011-12 will testify.

First up is They All Left One by One, They All Left the Radio On on Leonardo Rosado’s Heart and Soul with mastering by Jannick Schou, who doubtless contributes much to its wider-then-a-mile architecture. It falls readily into, while transcending, the dark ambient drone category - a bleak creaking cavernous space, through which stream what might be the etiolated transmissions of the eponymous abandoned radio. The sound design has more than an echo of The Caretaker's classic Selected Memories From The Haunted Ballroom (about which it's well worth reading k-punk's consideration of this album and its sound in relation to The Shining and the Hauntology meme of recent vintage). 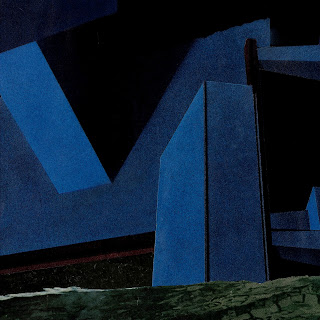 There’s a similar Caretaker-influenced post-hauntological air to A Silent Stroll On Sombre St. on newly inaugurated label, Constellation Tatsu, based in the resplendently named San Luis Obispo, CA. According to obsessively tape-documenting blog, Weed Temple, Gimu here '...crafts dusted, melancholic atmospheres that linger in the shadows, bordering on unsettling dark ambient. Ominous melodies loop and fall into and out of focus, plodding ahead in the sea of vintage crackles and modified found sounds. Music from the bottom of the woods.'
In fact, more than The Caretaker it’s a touch of the Leyland Kirby, with the self-conscious over-staging of grand melancholic gesture - the heartbreaking work of staggering etc playing about its elegiac arcs and dives. The nearest reference point that comes to mind for the thrilling abraded trajectory of the likes of “The Glorious Colours Of Leaves In The Fall” and “The Silver Passage Missed” is a cross between an obscure release of several years back on U-cover (remember them?) by Koen Daigaku and recent work by Willamette - though Gimu’s sound is rather more sprawling and unkempt than the latter, and all the better for it. 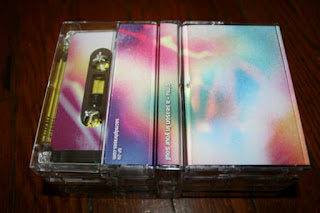 Most simple of the lot yet, but possibly most effective/affective to this listener, A Season in Your Soul, originally a cassette on Sacred Phrases and now on bandcamp, is a veritable blub-fest of heartstring-tug tape-saturated synthstring swells that bring out the throat in serial lumps as each hymnal heave hits home: ‘Orchestral and nostalgic, these tracks, in their composite simplicity, bring on the sense of a life once lived in grandeur. Obscured and muffled, the drones have a markedly ancient tone about them that alludes to the multi-layered, yet monochromatic, nature of the piece.’ 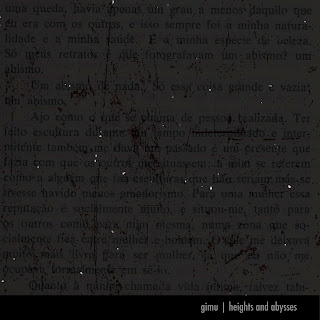 Netlabel Pocketfields hosts Heights and Abysses trailed by the self-deprecating Brazilian with some reflections on his working methods: 'I never really know how to explain things about my music, details. There’s a lot of persistence in them. It’s not a case of sitting down, waiting to feel inspired, etc, etc. I struggle, I try hard, I experiment until I think a piece sounds nice, beautiful, touching, etc.’ "Highly Expected (Pending) Doom" is a great teeming slab of drone goodness that well evidences the worth of this persistence. 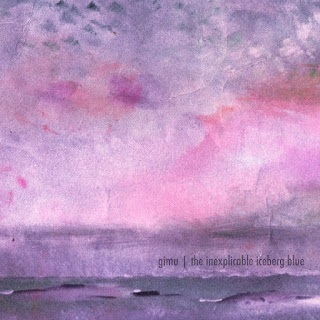 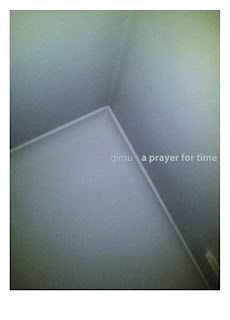 A quieter incarnation is to be found on A Prayer for Time, originally a cdr from cuddly drone-lovin' Mancs, Heat Death, since rolled out on Gimu’s bandcamp. It sees the same short motif looped over for the course of three tracks, each progressively more drowned in cavernous noise than the last - somewhere between the recursive endlessnessism of Saito Koji and Jannick Schou’s noise-flecked shimmer.


Gimu - A Prayer For Time 3 by heat death records 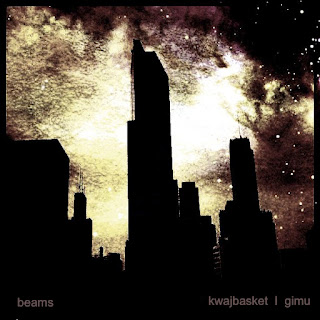 There have been collaborations too. Beams is a more varied collab with SF minimal guitar plucker, Kwajbasket ‘…combining the guitar of kwajbasket and the drones of gimu,’ that rivals anything done by the likes of recent prolific tandemists, Pleq, Spheruleus, Hakobune, et al. 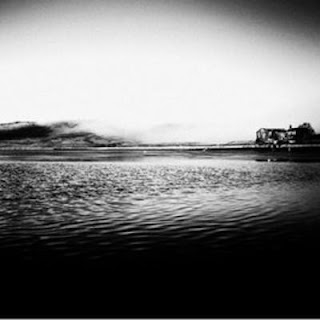 And finally US ambienteer Darren Harper cosies up to the Noise from Brazil for Field & Fern; Mountain &Sea via Rural Colours. 'Not deterred by the greatgeographical distance between them, Gimu and Darren utilized the internet as ameans for idea exchange, and musical composition. The resulting work is bothevocative and haunting. A unique blend of each artist’s individual musicalperspective; as well as an unexpected fusion of the ambient, modern-classical, dronegenres.' 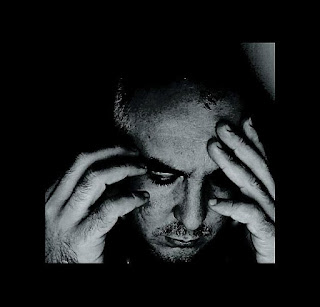 Important: LMYE only makes music available that artists/labels have chosen to share freely. Let us know if something here shouldn't be.
Posted by al at 00:17 1 comment: 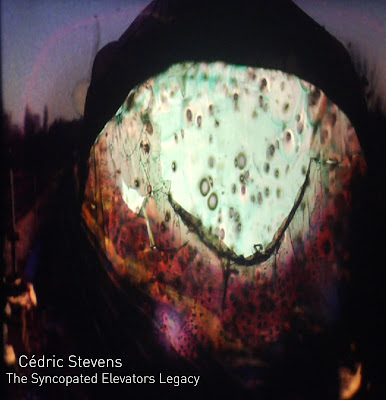 A deliriously pulsing, proggy-in-a-good-way Leyland Kirby remix of Cedric Stevens serves as a footnote to not one but two recent-ish posts - one referencing another LK remix, of John Cale, & another featuring the Stevens original.

From The Syncopated Elevators Legacy (Discrepant), a hefty retrospective/crate-delve that also features remixes by LMYE luminaries Sylvain Chauveau, Fennesz & Motion Sickness of Time Travel. All feature in Experimedia's SEL previe/review ("bubbles of early 21st century electronic futurism, the kind that starts with a steaming, industrialized landscape vibe before panning up to a crystal clear, multi-colored skyline...") below.

All this also serves as a roundabout way of noting that LMYE is going fairly dark for the next six weeks. Apologies to labels & artists who have sent music over for review, but an offline project is nearing its non-negotiable deadline. So posting is likely to be minimal to the end of next month - will try to make up for that with an epic final quarter... 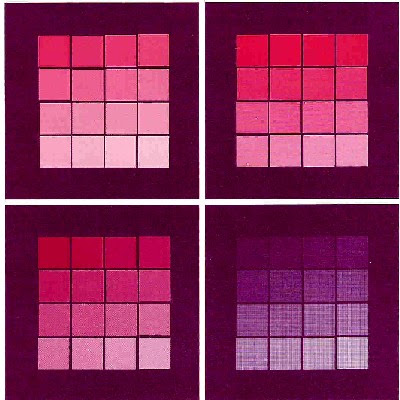 
The Siamese Level from Martina Ampuero 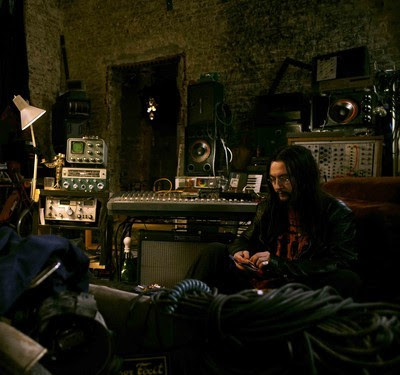 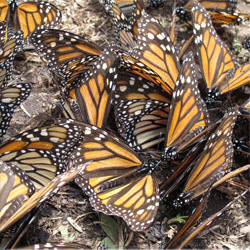 Important: LMYE only makes music available that artists/labels have chosen to share freely. Let us know if something here shouldn't be.
Posted by JL at 20:59 No comments: