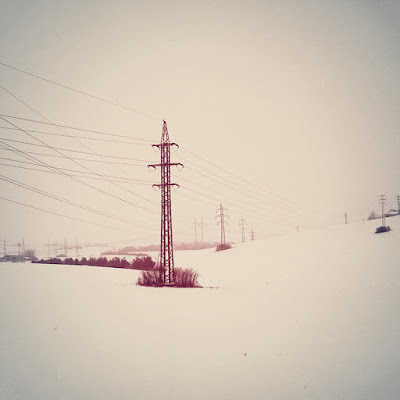 Still clunky, still well intentioned: the formula for our annual Festive 33-1/3 is, once again, no more than one pick per artist/label by each of us.

We then augment the resulting list (two sets of 15 releases selected independently, meshed & supplemented when doubles necessitate a bit of horse-trading...). The addition comes from four further projects that fall outside the normal 'release' boundaries - bigger &/or more ambitious (in multiple media, for example), or unexpected collaborations.

The rationale remains to spread recognition as far as possible. Over & above LMYE's desire to embrace - rather than limit  - the multiplicity of sounds & artists we love, this is an attempt to acknowledge & respond to year-end lists' inevitable partiality. How different ours & others' might look on another day or in another mood, given the vast amount of great music every year brings...

As previously, the striking quality of some labels' output forces unpalatable choices. Outstanding releases like Lawrence English's Cruel Optimism, Kassel Jaeger & Jim O'Rourke's Wakes On Cerulean, Robert Crouch's Sublunar or Marc Kate's As If We Were Never Here didn't make the cut here only because something else on their particularly strong imprints (Room40, Editions Mego, Touch & Dragon's Eye, respectively) meant even more to one of us. But in any broader sense they are clearly core parts of the year's best...

As always, for a more inclusive picture of our listening pleasures please check out the monthly Lend Me Your Radio series on SoundCloud, al's Mixcloud & jl's Bandcamp (collection & wish list). 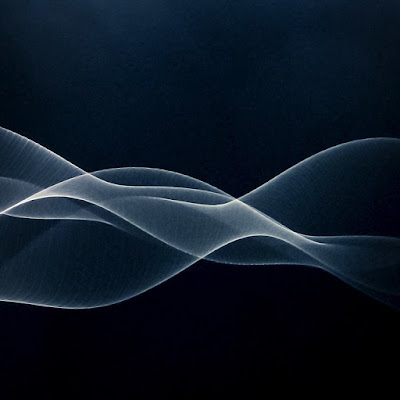 
Important: LMYE only makes music available that artists/labels have chosen to share freely. Let us know if something here shouldn't be.
Posted by JL at 17:15 No comments: 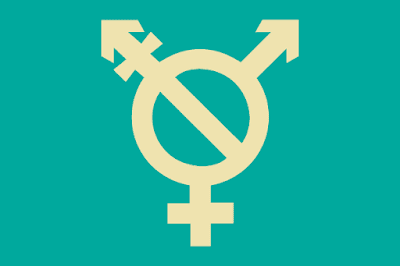 As if a Julius Eastman find were not enough, another reason to celebrate Bandcamp's inspiring $700k fundraiser for Transgender Law Center back in August: the flood of outstanding new (not so new now, admittedly...) music from artists in the LMYE pantheon - some of it explicitly part of the initiative, some more understatedly pushed out on the day, but all worth your time.

The moment has long passed for qualifying purchases, of course (though no doubt TLC would appreciate anything you want to donate directly). But the generosity & creativity on display that day are still resonant. 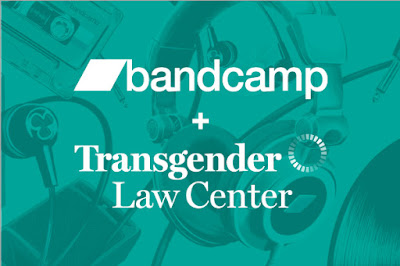 Highlights: the first new sounds from Alex Cobb & Mike Shiflet in a while (the former all rich, enveloping warmth, the latter an intense, splintering immersion); Ryan Potts' Aquarelle resurfacing after an even longer absence with the glorious, strikingly 'composed' Leave Corners; a glowing, gradually unfurling long-form piece by anthene (one of the artists these ears have spent most time with this year); the subdued/subsuming debut of Gailes (the duo of Rafael Anton Irisarri & Benoit Pioulard/Thomas Meluch); a joyfully lugubrious "waiting area soundtrack until the next full length Pinkcourtesyphone album this Fall" from Richard Chartier; & a forgotten Grouper delicacy (mastered by Irisarri, incidentally) that "amidst chaotic and painful political times, while working on another project, reemerged & made more sense." 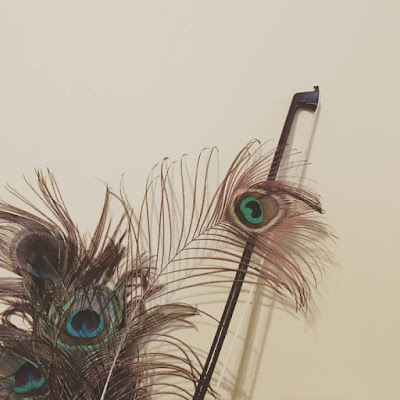 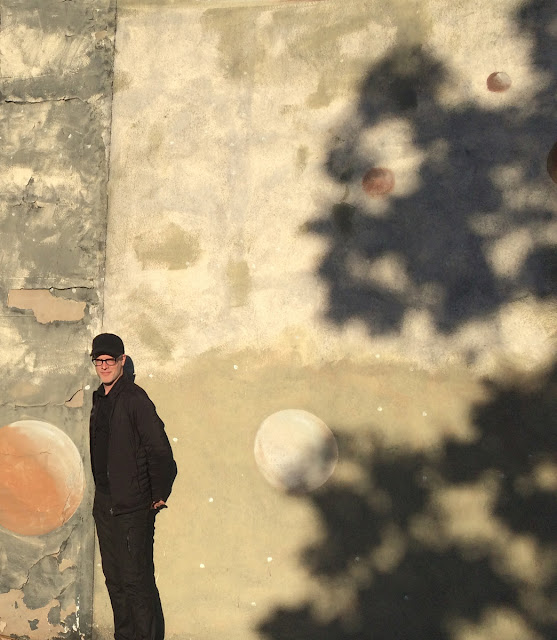 Important: LMYE only makes music available that artists/labels have chosen to share freely. Let us know if something here shouldn't be.
Posted by JL at 14:34 No comments: 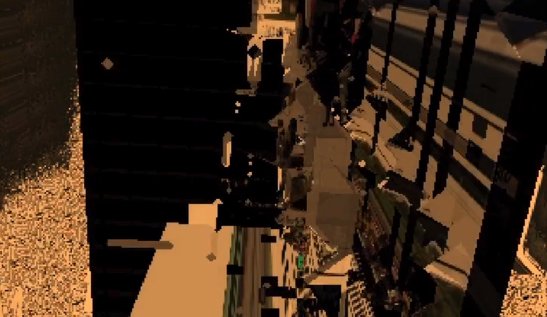 Kate "steals the music of the ultra-right [especially 'National Socialist Black Metal'], & converts anthems of hate into shimmering spells of beauty...plunderphonic compositions apply all manner of filtration & effects to render the music as barbless, extracting the harmonic material as spectral emanations from their misanthropic origins."

All the same, he combats the risk of "amusing novelty": Deface "is dolorous. It mourns. Kate’s reaction to this deeply troubling political moment resonates with a sense of loss, and reflects on the work that lies ahead if the culture is to move through and forward." 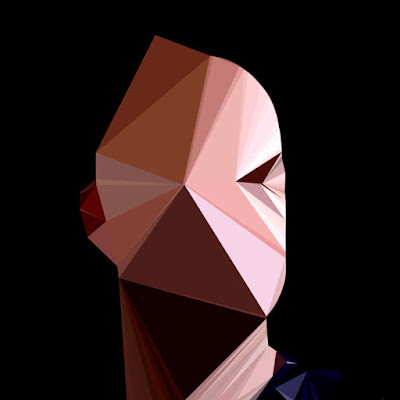 Similarly, Ruaridh Law (TVO)'s piece - which began life as an installation on the theme of alchemy at the FIBER festival in Amsterdam - seeks to "alchemically take the basest raw material possible and turn it into something beautiful or at least worthwhile, whilst also making a comment on how easily the raw material falls apart" [quote from this recent interview].

Hell is Empty is generated entirely from "alt-right shithouse" Breitbart - code line by code line: "The php code of the site is the rather 'data-sounding' noise that travels through the whole piece, grabbed & converted on the fly to raw audio then stretched & pulled, & the majority of the rhythms (short of an 808 kick) are all generated by grabbing code live from the site & clipping it to short lengths. There's MIDI data & sequence data that are generated by pulling numbers out of the php code, & the drones underpinning the start & end take their pitch, resonance & harmonics from light-sensing cameras taking data from the visual part of the installation, which is a gradual breaking down of the Breitbart site into granular pixels."

Important: LMYE only makes music available that artists/labels have chosen to share freely. Let us know if something here shouldn't be.
Posted by JL at 09:57 No comments:

Academy of the Holy Names 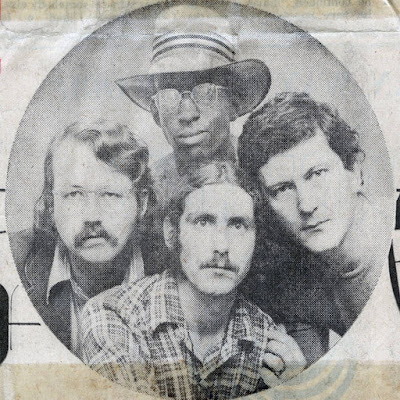 Femenine in thrilling, enthralling performance (at the LCMF's 'In Search of Julius Eastman' event - brief clip here) was one of these ears' musical highlights of recent years. So sign me up for a joyful, Reichian new Eastman release - especially one that benefits the exemplary work of the Transgender Law Center...

Moreover, Joy Boy is by the same early incarnation of the S.E.M. Ensemble as on Frozen Reeds' unearthing of Femenine. It could hardly not be, since one immediately preceded the other at the same concert (Wednesday, November 6, 1974 at Composers Forum on the Campus of the Academy of the Holy Names, Albany, New York).

Double hat-tip to Frozen Reeds' Ian - both for the release ("sitting on this one for a long time now. One-sided 10" or whatever just didn't feel right - this really does") & for amping up Bandcamp's inspiring effort for TLC tomorrow.

Time to hand over those Euros...

Finally, Adolfo Doring's fascinating Without a Net on Eastman. 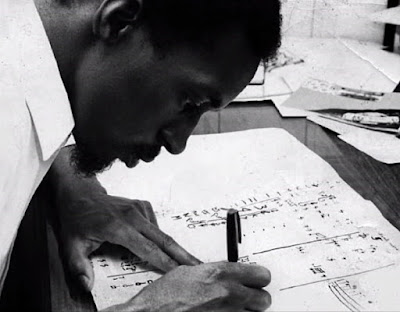 Important: LMYE only makes music available that artists/labels have chosen to share freely. Let us know if something here shouldn't be.
Posted by JL at 17:12 No comments: 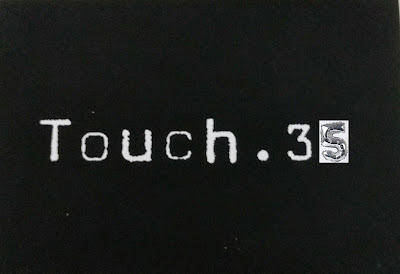 Factory never died, it turns out. It just moved south. For LMYE's Label of the Decades, Touch, is the label Factory promised to be and might even have proved to be had it sustained its own model of a defiantly independent, endlessly ambitious imprint (something more than just a record company) - as Touch so manifestly & triumphantly has across its now 35 years of inspiring operation.

So many happy returns today - the latest anniversary of co-founder Jon Wozencroft's first contact with New Order (by Touch mythology, the official start...). Factory has been a profound influence on Touch across the years, of course. Both New Order & Tuxedomoon feature on that first Touch tape later in 1982. Even today Chris Watson (of Factory Sample-ed Cabaret Voltaire) remains a core Touch artist. 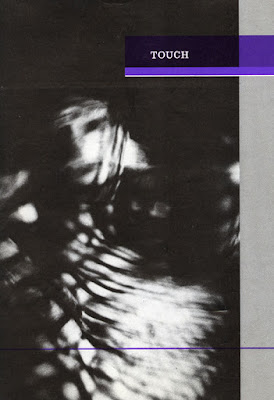 The connection was highly evident at Touch's last big birthday event at the end of 2012 - from the pontifical blessing of Atmospheres 4's audience with Peter Saville to the Ian Curtis postcards handed out to Wozencroft's willingness to frame almost anything in terms of Joy Division/New Order (& his Blue Monday beat-boxing to send the last night audience home) to an in absentia rendition by Watson. 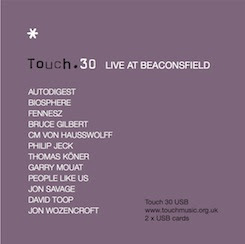 You might also compare Touch with the even more long-lived ECM. The two clearly share an insistence on the integrity of the whole product - emphasising recording & presentation - with quite a shared visual aesthetic - alongside/around the music.

But where ECM has been underwritten for most of its near 50-year life by the earnings of a few outlying successes (Keith Jarrett's Köln Concert, in particular - as Factory was too, of course: think Blue Monday...), Touch has sustained itself despite a championing a more resolutely uncommercial output - one that has been subsidised neither by the market nor public money.

After all this time it combats middle-aged spread with an unmatched appetite for going beyond conventional boundaries. Who else runs a mentoring programme, hosts conferences, publishes print & audio-visual work, repositions the organ, curates free recordings by aligned artists, experiments not just with formats but multi-channel recording, proclaims a psychological/digital 'Kingdom', & even collates recipes & commissions its own beer mat?!

As a label Touch remains the benchmark despite its age - essential, genuinely pioneering, unself-consciously experimental, constantly reinforcing & broadening its unmatched body of work. One mark of its greatness: even 34 years in, few other labels - apart perhaps from eMego - rivalled the richness & vitality of its 2016 output.

Of course, Touch's non-pareil roster of artists - from Oren Ambarchi to Fennesz to Philip Jeck to Phill Niblock to Watson - is ageing with the label. Will it outlive them & its founders?

That's still unclear. As Mike Harding, Wozencroft's partner in Touch, considers in a typically thoughtful response (taken from an unpublished interview): "The artists we work with tend to be middle-aged – they’re in their 30s, 40s, 50s. I’m stretching middle age to encompass not-youth & not-extreme old age, that period. So ‘will Touch survive the artists around whom we are flourishing?’ I honestly don’t know because I don’t know what’s going to happen. And I don’t know what’s going to happen in relation to the reaction against things digital which is definitely alive and kicking hard. You never know. Someone completely outside our experience might come along and find a huge amount to relate to and vice versa, because all of our relationships are completely collaborative."

"Maybe, thinking about it, there’s something generational about what we’re doing and young people relate to it in a different way compared to people who have lived through the same period that we’ve lived through and have themselves experienced the evolution and development of recording technology but also the cultural responses – digital and all the rest of it that we’re also horrified and fascinated and preoccupied with in equal measures."

"We never react to anything. We respond, giving it the dynamic activity of a communicative dialogue-based relationship. Something doesn’t happen & we go ‘Ooh’. We do thoughtfully and carefully respond to issues that arise. And it may not seem to be necessarily very direct but all the time we’re having this discussion and these debates and conversations about what we think’s important."

Certainly Touch is far from winding down with age. On the contrary, it's been replenishing its ranks. As noted, its most compelling releases last year were Bethan Kellough's Aven & Claire M Singer's Solas.


More established parts of its canon, BJ Nilsen & Hildur Gudnadottir are other younger artists who could "carry the flag into the long-term future". Moreover, the label has embraced Simon Scott in recent years.


It is also mining an increasingly rich seam on the US west coast - scene of its 2016 'conference'. This connection links it with Kellough, the Richard Chartier/Robert Crouch/Yann Novak nexus & older Touch connection Mark van Hoen (Harding's collaborator in the excellent drøne), as well as Lustmord (Dark Matter).

Novak's outstanding recent Ornamentation is soon to be followed by Crouch's Sublunar & Something You Are Or Something You Do by Chartier alter ego Pinkcourtesyphone for the allied Tapeworm...

Important: LMYE only makes music available that artists/labels have chosen to share freely. Let us know if something here shouldn't be.
Posted by JL at 14:47 No comments: