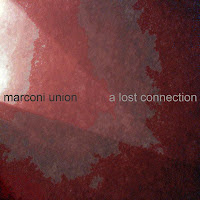 Welcome news today that the very fine Marconi Union are self-releasing a new album of their dense, dubby ambientronica, A Lost Connection, at the start of next month. Hear a couple of suitably moody tracks - Endless Winter & Transient - at their MySpace now (while you're at it, check out their b:dum b:dum spin-off - why isn't this monstrous, bass-drenched music available?!)

& to mark the occasion, The Contact (from debut Under Wires & Searchlights, now available from MU themselves...) & Interlock by Frank Bretschneider & Taylor Deupree (from Balance). Arguably, the sumptuous latter track is more representative of more recent MU - & certainly of MU/dotca's 'microsound' mixes (see here).

"The granular synthetic maw of a machine-beast " 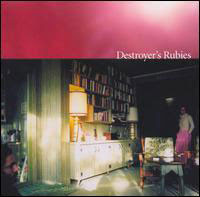 By way of background: "...all that good stuff got thrown into the granular synthetic maw of a machine-beast called Loscil (Kranky Recordings Artist). Having played drums on Destroyer’s Rubies, as well as a bunch of other Destroyer records, under the guise of “Scott Morgan”, he was poised as the only candidate with the expertise and “insider” knowledge it would take to perform the surgery that would make this record proper and complete, and not just a pale shade of its former parts. That’s why throughout the deceptively mangled Loscil’s Rubies you will hear the sighs and whispers of what you think might be songs like Rubies and Painter In Your Pocket haunting your thoughts. That’s the sound of raw files cooing as they traverse into a world where chillin’ always wins out over (folk-) rockin’…"

Video from a free album of Loscil drones, Stases: 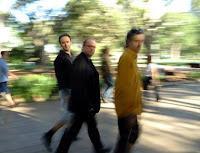 The Necks' swirling, incantatory brilliance is getting to me. Some great tracks from a soundtrack of theirs (to this film) led me to a brooding hour broadcast here (be quick - it's only there for seven days...).

The obvious comparison is with the still-lamented Triosk, another Australian piano trio that reached far beyond jazz... But this lot work in a narrower, longer-range way, building massive, rolling peaks over vast slabs of time.

I'd love them to match Triosk by doing something with Jan Jelinek, though - they should team up with his live krautrock band (with Hanno Leichtmann & the fine Andrew Pekler, who is overdue at LMYE but coming soon...). Hear the 'Kosmischer Pitch' trio on this extraordinary performance [according to the Teutonic notes, it "applies the wildpitch-mix of house music to the same transcendence of a focused timescape"!]. 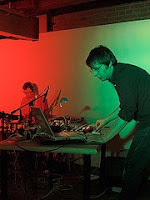 Anyway, hear/download a - brief, by Necks' standards - 25-minute live workout of theirs from a couple of years ago here. Make the ~scape/Triosk connection with this new set from the excellent Roam the Hello Clouds splinter.

Listen to The Boys I from The Boys OST. 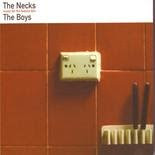 Buy other albums from their site or Boomkat (only one, though...) or Amazon. 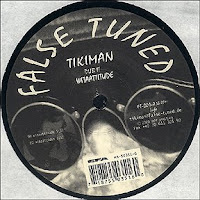 Tikiman/Paul St. Hilaire is the commanding, supplicating voice of much of the great Rhythm & Sound/Burial Mix output that LMYE's been celebrating lately (see here, here & here).

Besides his own Basic Channel-linked label (False Tuned), he collaborates pretty constantly & widely - including with Apparat & Modeselektor last year: check out the ferocious live workout of Let Your Love Grow on Things To Be Frickled, or the marginally more restrained version on Happy Birthday...

Here's some other non-Rhythm & Sound outings (Main Street isn't too far from its BC cousin, granted, but anyway...) - several G-Stone sessions among them:

Main Street feat. Paul St. Hilaire > Acting Crazy [Club Vocal] (from Round One to Round Five)

Right on for the darkness

Get over to Skull Disco pronto for a giveway mix. It's a dark, clanking hour in DST's company - one that really encapsulates this huge, echoey sound.

Would have liked to link this up with one of the awesome Shackleton & Peverelist remixes of Pole. But LMYE's lonely but sincere 'policy' on not posting music unless the artist has made it freely available won't allow that...

For now, here's the original Winkelstreben (from Steingarten). Before the Peverselist treatment, it was a fine piece of 21st century Krautrock.

Back to SD, live video:

Orchestra for the new century 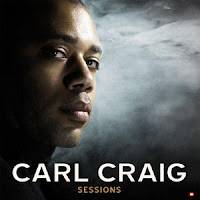 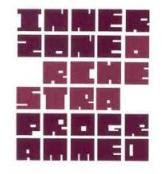 A less well known, & even jazzier, outing from the same album: Basic Math.