NB: 'video' is a still image only - but worth a play anyway to hear/be reminded of this awesome track...
Posted by JL at 22:00 No comments:

Email ThisBlogThis!Share to TwitterShare to FacebookShare to Pinterest
Labels: post-rock

> Lusine: Ask You (from Serial Hodgepodge) [see Kai Zhang video below]
> Dub Tractor: I Woke Up (from Hideout)
> Belong: A Sunny Place For Shady People (from Tour EP via TTA MySpace bulletin) 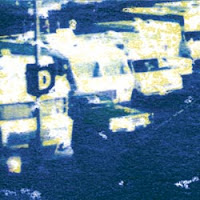 The Bays vs The Heritage Orchestra

In the third post devoted to the New York sound, we go back to 1970 when DJ David Mancuso held his first party at The Loft and laid down the blueprint for the modern club. The track Life on Mars by Dexter Wansel is taken off the classic compliation David Mancuso Presents the Loft and I don't know if it's a joke but there's a used copy of this CD going for $999 on Amazon. Perhaps eBay or your local record store would be a better option. Both The Loft and Nicky Siano's The Gallery were big influences on Larry Levan, who became resident DJ at the Paradise Garage in 1977 and took disco towards house and garage. Listen to Can't shake your love from 1981 by Syreeta Wright (Stevie Wonder's first wife, who went on to sing the truly appalling "With you I'm born again" with Billy Preston). While not being his most famous mix, it's a good example of the Levan approach as he builds up the groove from a conventional disco beat and gives each element just the right amount of space, even allowing a second of silence before Syreeta unleashes a high pitch squeal. To finish off, listen to this tribute called Steam and Sequins for Larry Levan by electronica duo Matmos. A good place to start with Levan is Journey into Paradise - The Larry Levan Story (Buy here or here).
Posted by ah at 11:40 No comments:

Having had Brian McBride solo yesterday, it must be time for more from the Stars of the Lid family...

So, Aix Em Klemm: 3X2 (Exit) (from Aix Em Klemm) > The Dead Texan: Aegina Airlines (from The Dead Texan) > &, of course, the self-proclaimed 'nocturnal lullabye giants' themselves: Be Little With Me (from Gravitational Pull Vs. The Desire For an Aquatic Life). 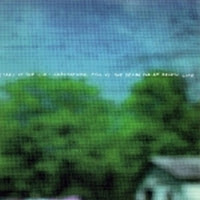 Email ThisBlogThis!Share to TwitterShare to FacebookShare to Pinterest
Labels: ambient, kranky, Stars of the Lid

Another accidental playlist: Brian McBride: Our Last Moment in Song (from When the Detail Lost its Freedom) > Mice Parade: Out of the Freedom World (from Obrigado Saudade) > Rechenzentrum: should be Free From Care (from Silence) but, instead, Benshi (from Director's Cut). 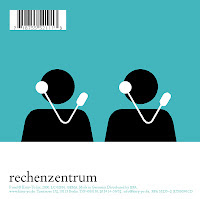 Loscil is someone whose subtle drones I like more & more. His Plume album of last year is exquisite.

At around the same time as Plume, he put out a free album, Stases, on the netlabel one. Here's the delicate, rewarding B15-A from it; other fine tracks include cotom & biced. 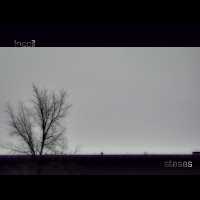 Home Ruckus is a series of releases. The second came out last year.

Check out studio & live goodies from one of their apparently two home pages (the other has good interviews, reviews & discography for the completists among us :-).

Also, their page on the Temporary Residence site (scroll down til you see the name, then follow the link).

An outstanding recent pair (also here) of Four Tet & Sybarite remixes led me to The Drift's dubby, spacey & (to some ears) jazzy post-rock. Here's the 2005 original of Invisible Cities, the very fine 13-minute track subsequently given the Sybarite treatment... 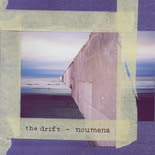 Cities is the second track on Noumena, the only full-blown Drift album (on Temporary Residence, like all Drift output, seemingly).

The remixes are on a compilation thing, Ceiling Sky (linked above), that also includes both tracks from the earlier Streets/Nozomi 12", plus some offcuts/bonus things from Noumena (including a piece with that title, which would've been too obvious to include on the album, evidently...).

As ever, the most generous have been Denmark's Rumraket - run by the charming Efterklang (subject of past blogs on LMYE: search via the label on the left) - who gifted the world a remix of Cutting Ice to Snow, the final track on what is now last year's Parades album (buy here or here). The new version really plays up the song's yearning, choral side.

Remixer was Ireland's Hulk (no, I'd not heard of him, but taste-makers as different as Efterklang & The Wire both give a big thumbs up, so we'll be checking out his stuff forthwith...).

Rumraket are also giving away an entire 4-track EP by US ambient folksters Canon Blue here. They're new to me too.

The first track veered off too poppily for my gloomier tastes, but I'll be unzipping the rest to check it out anyway...