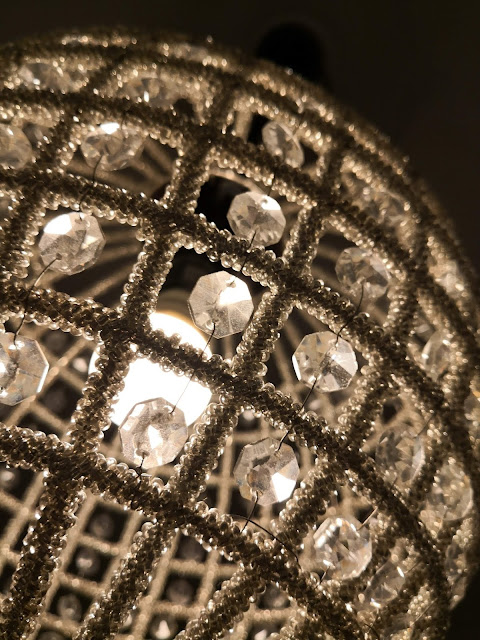 Once more into the hair shirt, dear friends...

Having already named the four projects falling outside normal 'release' boundaries that complete our list, we press on somewhat arse about face to present LMYE's Festive 33-1/3 in full.

Clunky though it clearly is, our approach remains the same: two sets of 2018 releases (15 each) that meant especially much to us over the year, selected independently with both sets limited to no more than one pick per artist/label.

Once overlaps have been horse-traded into a final 30, the list is supplemented with our additional quartet.

In all of this, our goal is always to spread recognition as far as possible: over & above LMYE's desire to embrace - rather than limit  - the multiplicity of sounds & artists we love, this is an attempt to acknowledge & respond to year-end lists' inevitable partiality.

It's never comfortable to reflect on how different ours might look on another day or in another mood, given every year's surfeit of compelling music..

Note that a number of fine labels regrettably unrepresented here, such as ACR, Polar Seas & Schwebung, will feature in a follow-up piece on the year's key compilations.

As always, for a more inclusive picture of our listening please explore the monthly Lend Me Your Radio series on SoundCloud, al's Mixcloud & jl's Bandcamp (collection & wish list)...


CMD094 :: Kagami Tears (No Problema)
The Caretaker :: Everywhere at the end of time (self-release)
Kate Carr :: the thing itself and not the myth (Glistening Examples)

Tapes and Topographies :: Opiates (Simulacra)
Ultrafog :: How Those Fires Burned That Are No Longer (Motion Ward)
Various :: All (Longform Editions) 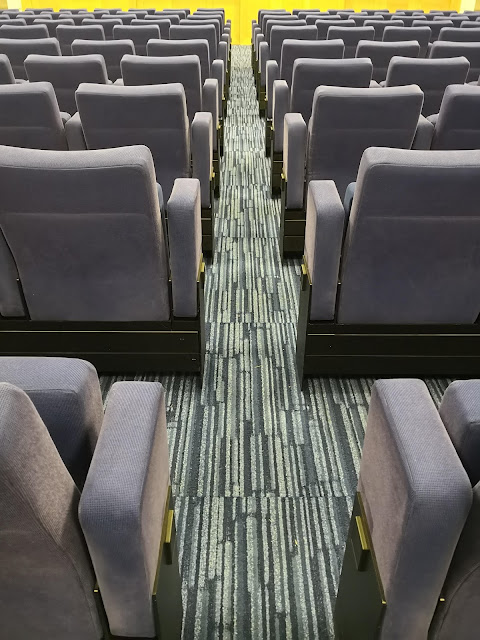 Important: LMYE only makes music available that artists/labels have chosen to share freely. Let us know if something here shouldn't be.
Posted by JL at 16:56 No comments: 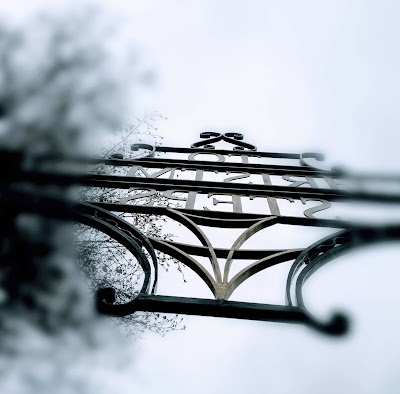 As a preamble to or downpayment on LMYE's annual Festive 33-1/3 - out shortly in its traditional New Year's Eve slot - & to give them some additional prominence merited by their ambition & scale, these are the four 'projects' that round out our list.

Besides each selecting 15 releases that meant the most to us over the year, subject as ever to the recognition-spreading/hair-shirted restriction of no more than one per artist/label, we highlight a quartet of works that go beyond the confines of a single album. 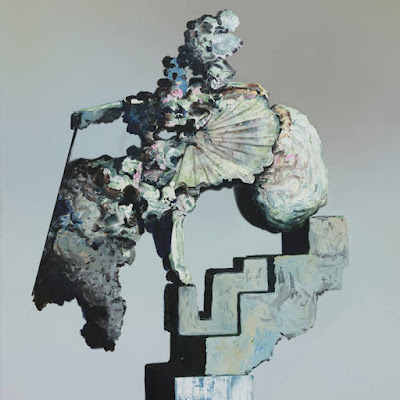 To be sure, the year brought other deeply worthwhile larger-scale projects. But these four resonated particularly vividly with these ears.

(Full disclosure: while al & jl make the list's core 30 selections between us, the additional 3-1/3 are jl's alone.)

That three of the four are self-releases seems significant. Clearly, very few labels would underwrite a 24-hour release like Shiflet's immense drone epic ('350 unique sound objects categorized & layered such that no two moments are alike') or a 6-album conceptual suite like The Caretaker's exploration & embodying of dementia (though Boomkat have provided vinyl & CD versions of some of the 'stages'...).

This makes Longform's emergence from the Preservation stable all the more notable - & all the more worthy of celebration: a label dedicated to being 'a space of musical discovery for extended, immersive music pieces from around the world' that has already accumulated 16 often glorious pieces since emerging in June. 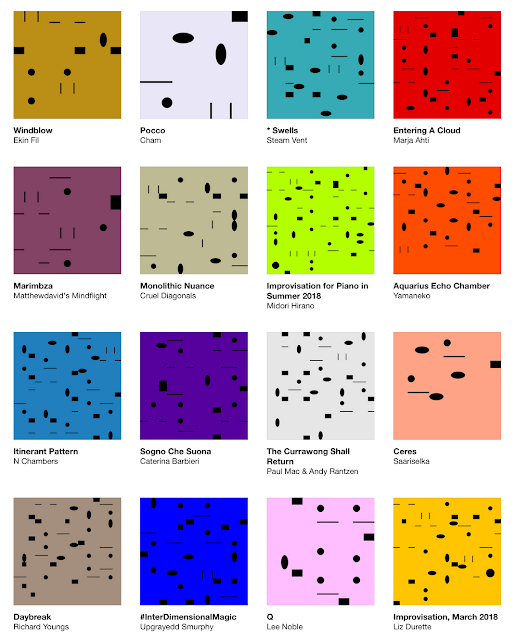 Longform's uncompromising emphasis on 'deep listening' is also relevant here. Despite their length, each of the quartet repays full immersion - revealing work that can be "truly tender & beautiful" (as one comment on the ravishing Steamroom 40 puts it).

Inevitably with pieces this long, engagement ebbs & flows. Some moments, some avenues are - naturally - more successful than others. Perhaps this puts it in the territory of Eno-esque ambience, "as ignorable as it is interesting".

But this classification doesn't feel quite right. This is all music that demands, & in turn richly services, the fullest of attention... 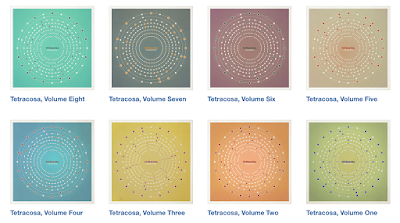 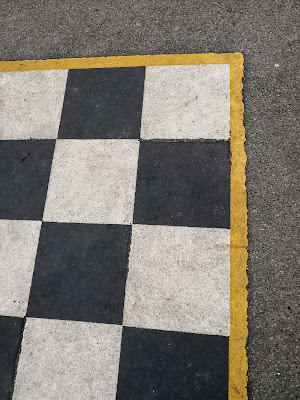 Important: LMYE only makes music available that artists/labels have chosen to share freely. Let us know if something here shouldn't be.
Posted by JL at 22:05 No comments: 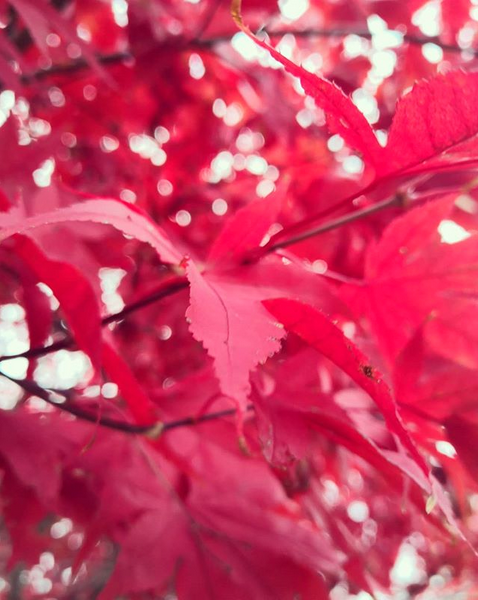 Highlights of these ears' listening from the past seven days...

Not sure these ears need the full 20 'ambient' tributes to Phil, but applauding Steve Flato for "exists in the vague place between Music For Airports and Music From The Disney Motion Picture 'Tarzan'"...

Further on NB, finally spending time with the unhurried richness of marbles.' vol. 1

"appropriation of mariah carey's '#1 to infinity'"

Headphones on, as guided, & quietly blissing out to Music For Sleep's A Careful Endlessly...

Celer is still releasing & these ears are still listening...

...captivated by the gorgeous new I Wish You Could (Constellation Tatsu) - as natural & restful as breath

_
Touching dedication to Brian Young too... 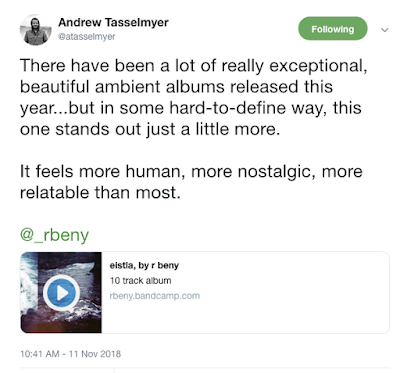 Resubmerging into Loscil's classic Submers - these ears aren't vinyl fetishists, but kranky's rerelease prompts first descent in a while into its depths...


Not everyone approves of it, evidently - but still finding rewards in Max Loderbauer & Ricardo Villalobos's Re: ECM more than seven years in...

"to harmonize these two worlds, without them aspiring to mutually deactivate each other"
_

Not sure I can get away with the word 'splendid', but this new Purlieu podcast for New New World Radio's 'Beauty Sleep' is...great

"Celebrating one year of sonic healing" 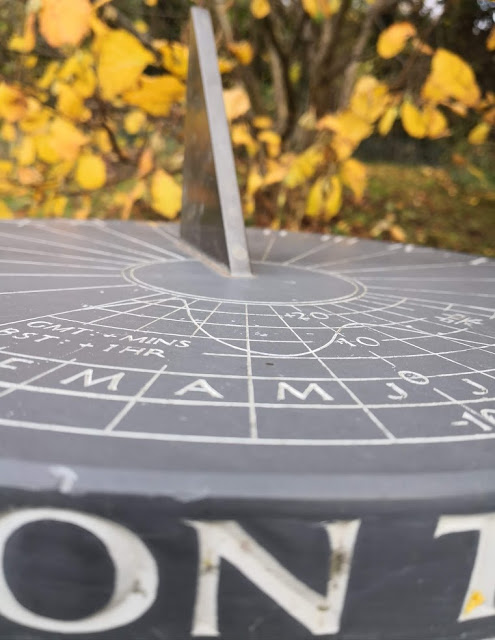 Important: LMYE only makes music available that artists/labels have chosen to share freely. Let us know if something here shouldn't be.
Posted by JL at 14:27 No comments: 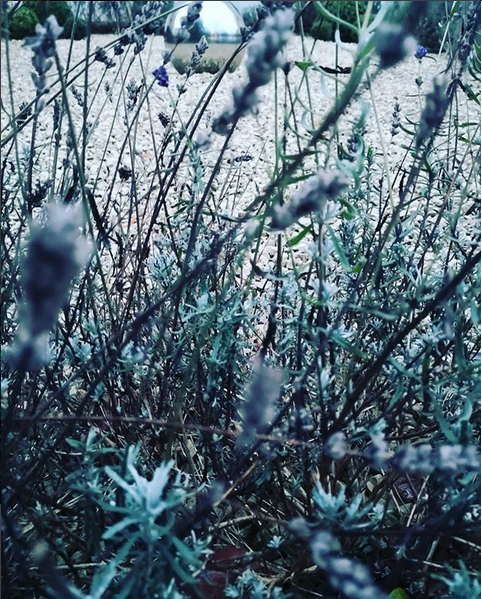 Some of these ears' listening from the past seven days...

Missed this ravishing :zoviet*france: piece, It's Been a While, in August - struggling to make room for anything else now...

"Created from original recordings made on location under a bridge in Wester Ross, & in a hawthorn glade in north Northumberland" 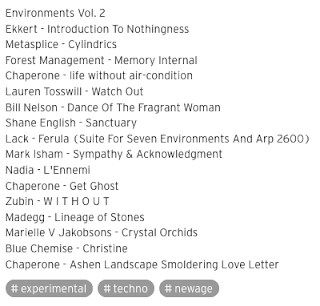 "an aquatic atmosphere, perhaps suggesting an ironic take on ‘orientalism’ - down to the river’s delta"

"metaphor for a world of surfaces"] 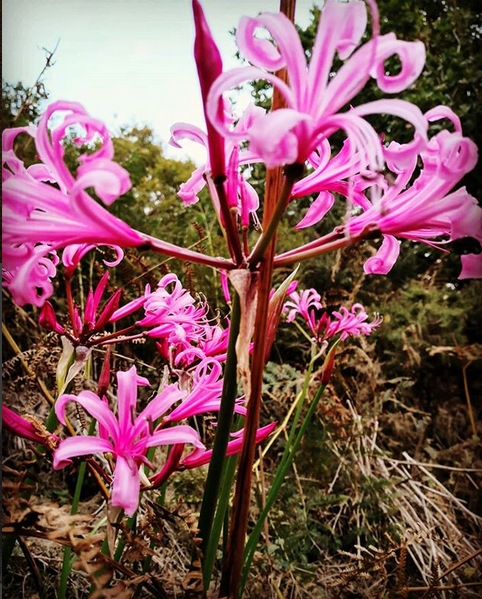 Important: LMYE only makes music available that artists/labels have chosen to share freely. Let us know if something here shouldn't be.
Posted by JL at 15:59 No comments: 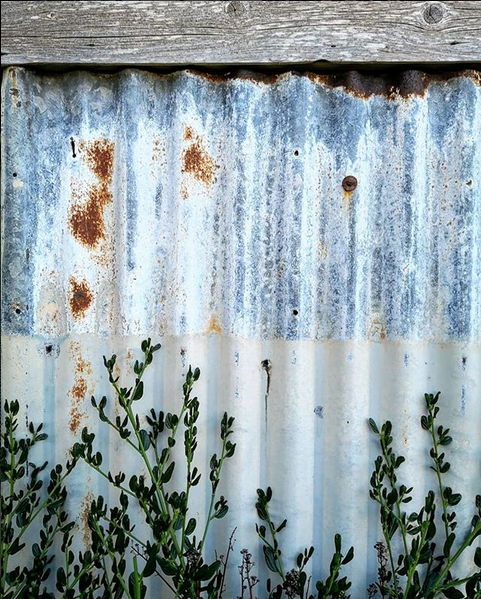 Updating LMYE's 'My Weekness' series with a recent-ish October week of these ears' listening enthusiasms...

"coming back to music making & exploring other worlds"

Finally picking up on this quite gorgeous, lulling Leonardo Rosado piece '180828 nocturnal 0.1' "after a long hiatus"...

From The Slope of Our Directions (Them There).


"an all-new – generally abstract, at times abject, occasionally euphoric – sonic landscape, lacking the ‘face’ but bearing traces of the source" 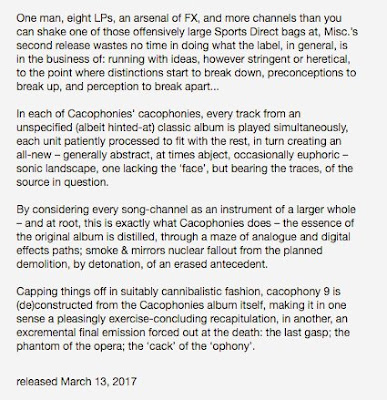 "considering every song-channel as an instrument of a larger whole the essence of the original album is distilled, through a maze of analogue & digital effects paths; smoke & mirrors nuclear fallout from the planned demolition, by detonation, of an erased antecedent"

PS unearthed in MISC. DJs - THE STORY SO FAR mixtape: "Selected bangers – ambient & not so – from our first five releases, squished together by technology for home-listening/raving/educational kix. 100% miscellaneous" 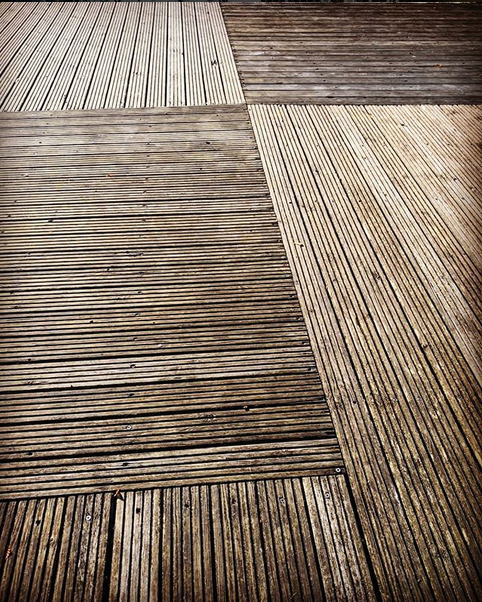 Starting the day with the romantic blurscape of Benoit Pioulard's Slow spark, soft spoke - now in an extended edition...

from Escapism (Not Not Fun)
_

Some thrilling, fragile moments among the 'reinterpretations' of Antonymes' The Licence To Interpret Dreams. 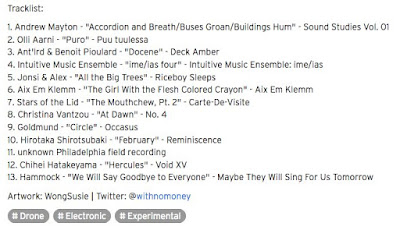 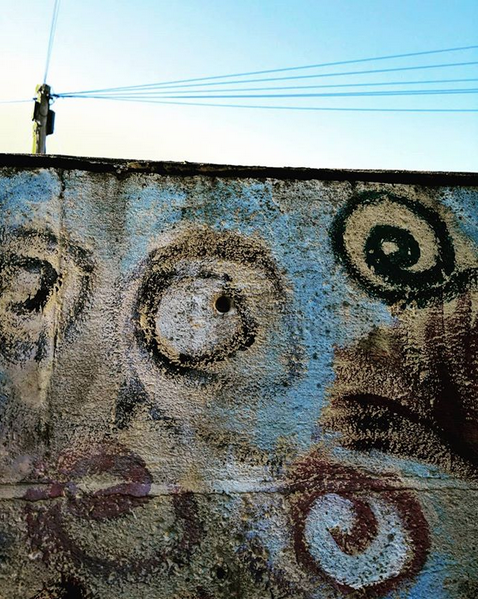 Important: LMYE only makes music available that artists/labels have chosen to share freely. Let us know if something here shouldn't be.
Posted by JL at 14:29 No comments: 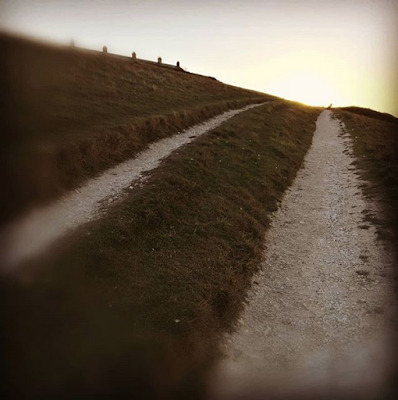 Some of these ears' listening enthusiasms from the past week...

"like a soundtrack to a solemn, ancient ceremony - with not-necessarily human participants"

"a take on sound as a representation of memory"

Ultra-ready for Ultrafog's How Those Fires Burned That Are No Longer (Motion Ward)... 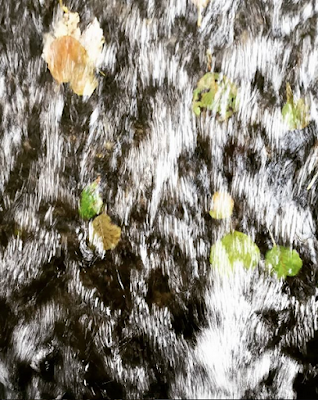 Important: LMYE only makes music available that artists/labels have chosen to share freely. Let us know if something here shouldn't be.
Posted by JL at 09:36 No comments: