We don't tend to don the folky beard too often at LMYE but exception can be made for James Blackshaw as he produces hypnotic sounds on a 12 string guitar that are clearly influenced by the minimalist masters Riley, Reich and Glass. Get over to Young God Records for a free download of Cross from new release The Glass Bead Game.
Important: LMYE only makes music available that artists/labels have chosen to share freely. Let us know if something here shouldn't be.
Posted by ah at 17:47 No comments: 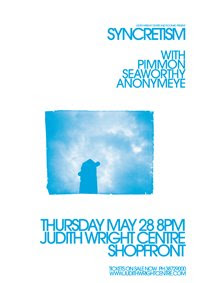 Regrettably, even the prospect of Pimmon & Seaworthy live for Lawrence English's Room40 may not be enough to get many of us to Brisbane by tomorrow night. Still, the event's collision of intense & more restrained textures can be anticipated through an epic demo & what seems like an extra from the really fine, recent 1897 on 12k.
Also, among a plethora of unearthed Pimmon hear the ravishing %macro.end - as richly, glitchily lovely as its title isn't...
Pimmon > %macro.end / Number_Overflow  (both from Assembler, Faellt)
> print0; (from invalidObject series (while), Faellt)
> The Roar Required [Rough Mix] (demo)
> Smudges [LMYE hack] (from Smudge Another Yesterday, Preservation) 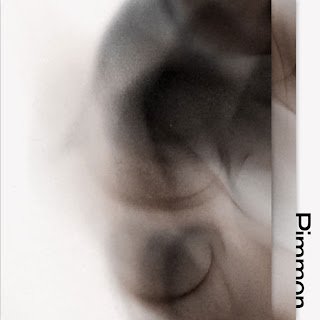 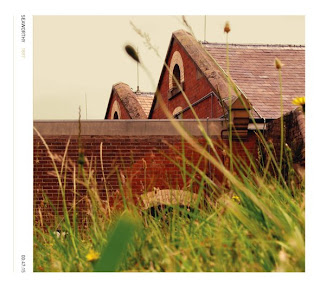 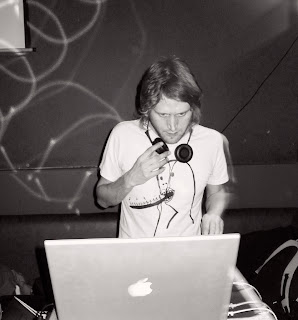 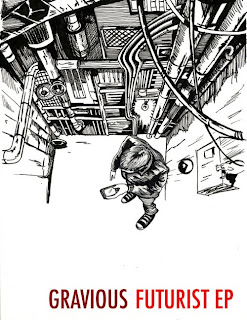 NB: mostly lo-res files here - full 320s from Infrasonics, Polymorphic & HPLL.
Photo by i, max
Important: LMYE only makes music available that artists/labels have chosen to share freely. Let us know if something here shouldn't be.
Posted by JL at 00:02 No comments: 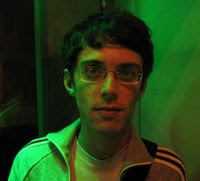 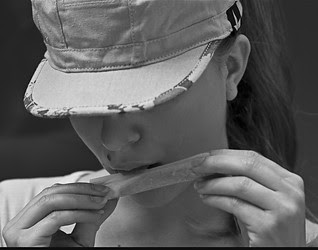 Important: LMYE only makes music available that artists/labels have chosen to share freely. Let us know if something here shouldn't be.
Posted by JL at 19:19 No comments: 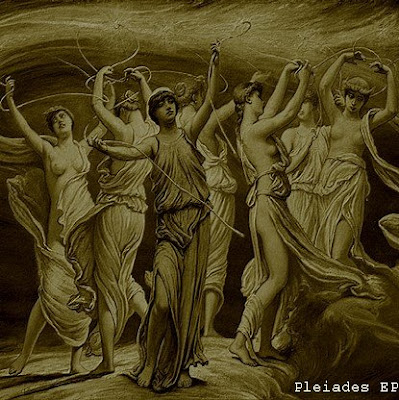 Before Kreng [Pepijn Caudron] became a Boomkat superstar of the moment with the excellent L'Autopsie Phenomenale De Dieu on Miasmah (sample 'compilation' below), he was dealing in a dark Kammerflimmer/Bohren/Kilimanjaro-ish post-jazz. He may still be, though his MySpace suggests otherwise:
"Kreng started as a strictly sample-based project, working with sounds from various sources: free-jazz, first generation electronics, improv, classical modernism, vintage ethnomusical fieldrecordings, etc... The project mutated into a cinematic, theatrical device that has been used by various film and theater directors. Kreng scored more that 20 theatre- & danceproductions, most of them produced by the Belgian theatre-company Abattoir Fermé"
Anyway, the best expression of this other guise is the fine freebie EP, Pleiades. Four moody sisters' worth - Alcyone, Asterope, Celaeno & Merope.
archive.org also has a less successful EP, Zomer: overall, too much Spanish guitar & not enough squawk for these ears - though the vampish Kamer does its best to rectify that imbalance & both Daver & Zavel have their moments...
Oh, & here's a taste of L'Autopsie's decaying classicism > Autopsies (LMYE hack) 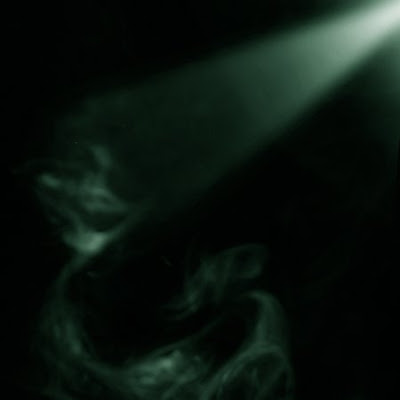 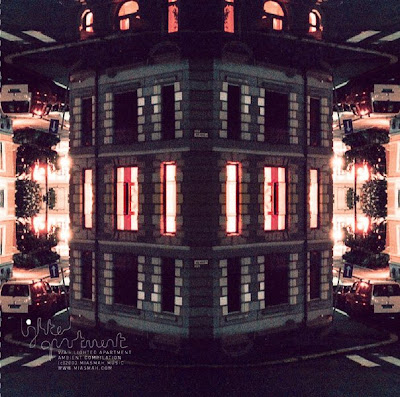 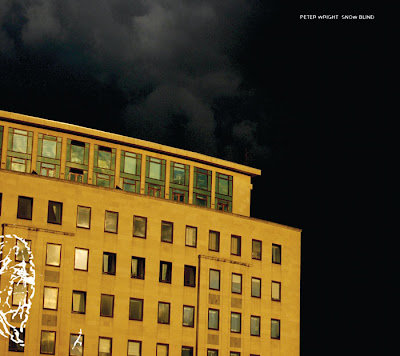 A grab-bag of tasters from a trio of arresting new albums - two bracingly noisy & sprawling, one folkishly delicate...
Thanks to mapsadaisical for tips to both Snowblind & Redrawn. Update: maps' characteristically sensitive & droll review of the former is here.
Peter Wright > Snow Blindness [LMYE hack] (from Snowblind, Install) 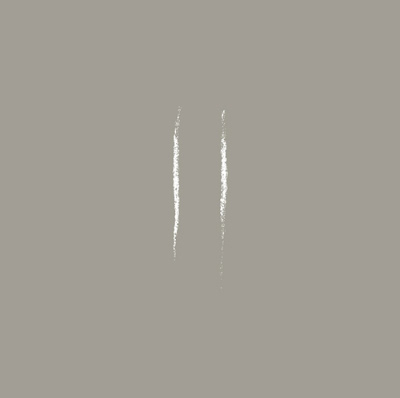 Important: LMYE only makes music available that artists/labels have chosen to share freely. Let us know if something here shouldn't be.
Posted by JL at 00:05 No comments: 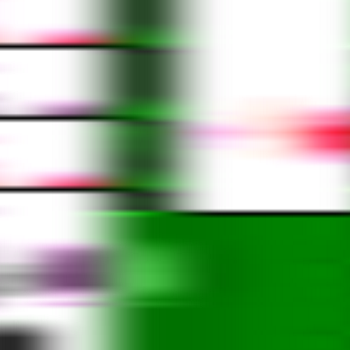 LJ Kruzer's Tam Variations (another bit of Uncharted Audio niftiness) run to as many as eight. But there's hardly a wasted moment in the entire octet, which finds a host of rewarding ways to warp &, er, tamper with Tam from next month's Manhood & Electronics - from broody throbbing & gauzy blurring to Reichian plinks.
"Each variation is the end result of methodical sequences of sound processing exploring all the possibilities of computer manipulation of digitised sound data - stretching, squashing, restretching and resquashing giving the concertina'd timbres of Tamz; filtering, distorting and reverberating backwards and forwards to create the rough textures of Tamx and Tamxr; modulating brown noise with the source audio to give Tamb; and simple stretching and reverberating resulting in the billowy melancholy of the collection's opener Tam814."
Giveaway & pay-what-you-want here.
LJ Kruzer> Tamxr / Tam814 / Tamz / Tam8+ei4 / Tampering (LMYE hack) [NB: 27 minutes...]
Important: LMYE only makes music available that artists/labels have chosen to share freely. Let us know if something here shouldn't be.
Posted by JL at 12:03 No comments: 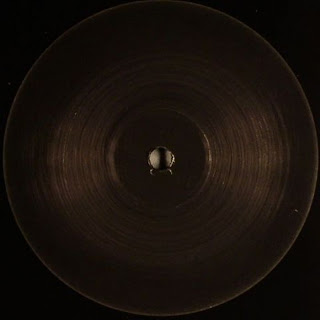 Last week's post remains un-Hyped, so here's a re-up...
Burial versus Four Tet > Moth Extracts (from Moth/Wolf Cub 12", forthcoming shortly on Text - though may already be sold out...)
"A collaborative release shrouded in darkness (hence the artwork, no sales notes, no audio, no promos). Just a solitary twelve, two sides crafted by two of the most innovative producers of the last twenty years" is Bleep's take. Ours?
Two fluttering collisions - the first exactly as you'd expect B4T to be, a sort of quavering harp & warble over that clunk-click beat; the second more KH than WB, a piece of breathy, four to the floor prettiness...
@joemuggs indicates album to follow: please, yes.
Important: LMYE only makes music available that artists/labels have chosen to share freely. Let us know if something here shouldn't be.
Posted by JL at 00:01 1 comment: 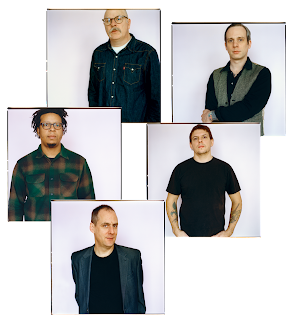 Hibernation is tricky for tortoises (Google it). But not for Tortoise, evidently.
The post-rock elder statesmen emerge from their 5-year slumber (still hating the term 'post-rock', no doubt, but finding that it hasn't gone away - still handy/lazy shorthand for what they do...) with more sly shifts of pace & unexpected angles of attack.
Haven't spent long enough with Beacons of Ancestorship to do anything as pompous as assigning it a place in their canon yet. But slinky, surging textures give tracks like Northern Something & Gigantes (especially) a welcome vigour & bite alongside their predictable intelligence.
There's plenty of definitively, er, Tortoisean interplays too - fat riff/thin riff, lumbering rhythm/squiggling tune - & some classically huge but unleaden drums (like Slim below). Minor & Charteroak Foundation sound more like the past, but refracted through the two decades that led up to them.
Tortoise > High Class Slim Came Floatin' In (lower-res) & Prepare Your Coffin (from Beacons of Ancestorship, Thrill Jockey) 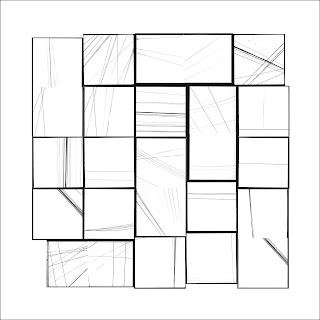 Some nice stuff here from Ronen Givony (via TJ) on "ensemble-mindedness": "The great majority of artists spend their formative years (if not their entire careers) working to shake off the gravitational pull of their predecessors, and the many masters and masterpieces that came before them—what the literary critic Harold Bloom called “the anxiety of influence.” For musicians, in particular, this tendency is especially pronounced, for reasons having to do with the nature of their craft and materials. Unlike the contemporary novelist or filmmaker, say, there is presumably a finite number of choices remaining to the artist making music in the 21st century that have not yet been exhaustively mined after 500 years of popular and semi-popular song. It is for this reason that, when we are asked to describe what a piece of music sounds like, we inevitably talk not about the thing itself, but resort to the trope of metaphor or analogy—“a little Brian Wilson, a little Pink Floyd, a little bit of Kraftwerk.” Rare indeed is the artist who outgrows their early influences, and instead become one of the markers by which other groups are measured.  Almost alone among bands of the last two decades, Tortoise is a group that resists easy metaphors and analogies, who can be described as sounding like only themselves and no one else. Twenty years after its founding, the band’s signature and singularly inimitable sound—a fluid intersection of dub, dance, jazz, techno, rock, and classical minimalism, with no part overwhelming or dominating the whole—remains an American and international original. Even more unusually, they seem to have arrived at their sound with almost no apprenticeship to speak of; to judge from their early singles and albums alone, they seem to have come into being with their musical identity and DNA fully formed, like Athena from the forehead of Zeus. Further, while the group has spawned countless imitators, heirs, and followers—sincere, flattering, and otherwise—Tortoise remains unique in the world of contemporary music for their boundless intellectual curiosity, their unmistakable compositional voice, and their synthesis of seemingly contradictory sound worlds far from their doorstep.

Beacons of Ancestorship is Tortoise's sixth full-length album, and their first release of new material in five years, since 2004's It's All Around You. In the interim, the group also released and toured behind the 2006 career retrospective box set A Lazarus Taxon, and an album of covers with vocalist Will Oldham by the likes of Elton John, Bruce Springsteen, Richard Thompson, and The Minutemen, entitled The Brave and the Bold. Additionally, the individual members have kept busy with various other projects, including but not limited to Exploding Star Orchestra, Bumps, Fflashlights, and Powerhouse Sound.

A characteristic Tortoise album is one that traverses an encyclopedia of styles and reference points, a document of where musical intersections and dialogue are occurring at a given moment in time. Beacons of Ancestorship is no different, with nods to techno, punk, electro, lo-fi noise, cut-up beats, heavily processed synths, and mournful, elegiac dirges. We see these ideas working out in compositions like “High Class Slim Came Floatin' In,” an eight-minute track which playfully references the world of ecstatic rave and dance culture with a curiously ambivalent, multi-part suite overlaid with robotic, machine-sounding melodies that stop and start in several different time signatures before the song’s ultimate resolution; and again in “Yinxianghechengqi,” which begins as a straightforward uptempo math-rocker before steadily accelerating into a wall of fuzzy atonal sqwonk.

There are many moods, styles, and modes in the Tortoise songbook, of course—often, in the course of a single composition. Consistent throughout, however, is what might be called a pervasive element of group play, or ensemble-mindedness, as opposed to emphasis on a virtuoso soloist or frontman. (Think Robert Altman versus Robert Plant.) In the same sense that the string quartet and all small-ensemble chamber music can be thought of as an intelligent conversation among equals—violins, viola, and cello taking turns, expressing opinions, joining voices and then coming apart, as also occurs in elevated discourse—so, too, the calling card of a Tortoise song is the experience of a sound being worked out as a conversation among the individual and interrelated parts—of an ensemble thinking collectively and in group dynamics through the expression of a multi-layered musical thought."
Important: LMYE only makes music available that artists/labels have chosen to share freely. Let us know if something here shouldn't be.
Posted by JL at 15:06 No comments: 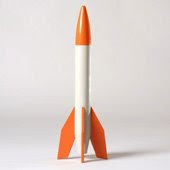 The Moritz von Oswald Trio > Patterns 1-4 [extracts] (from Vertical Ascent, forthcoming on Honest Jon's)
The first taste of the impeccably-lineaged (Basic Channel/Maurizio meets Vladislav Delay!) MVOT confirms those earlier YouTube sightings: Moritz, Vlad & the other guy are dealing in an amazing slithery, sheened 21st century space jazz - propulsive, percussive & rather distant.
Not sure when Vertical Ascent is out. But it can be confidently put down already as one of LMYE's highlights of 2009... 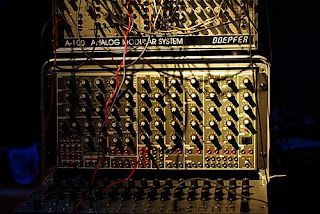 Photo by Marco Microbi
For trainspotters only: the slower Pattern 2 extract comes after 1, 3 & 4 in this little compilation.
Important: LMYE only makes music available that artists/labels have chosen to share freely. Let us know if something here shouldn't be.
Posted by JL at 00:04 No comments: