Recently got round to seeing Helvetica at long, long last. One of this inspired documentary's many delights is a tasty soundtrack that includes LMYE favourites Four Tet (new 4-track EP Ringer coming next month...), as well as sometime enthusiasms Battles, Caribou & The Album Leaf, & no doubt shamefully late in the day discoveries [several of them from the Thrill Jockey stable] El Ten Eleven, Motohiro Nakashima, Sam Prekop, Kim Hiorthøy & Chicago Underground Orchestra.

Here's a selection of highlights:

Four Tet > And Then Patterns (from Everything Ecstatic)
Battles> IPT-2 (from EP C)
Caribou > Pelican Narrows (from The Milk of Human Kindness)
The Album Leaf > Always For You (from Into the Blue Again; tragically, for a completist anorak, I don't have Shine (from the same album) - the track featured in Helvetica...)

& here's a track from El Ten Eleven, who supply the bulk of the film's music. If you like it, consider making a contribution via their 'PayPal-What-You-Can' facility (pick this or any of the three other tracks here & follow the link...).

El Ten Eleven > Lorge [zShare] (from Every Direction is North) 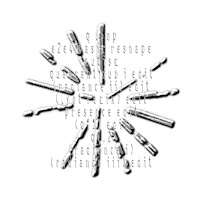 Music at the moment of its creation

"You're hearing music at the moment of its creation."

Embarrassing admissions of pomposity dept: though it's been a while & I try to keep the impulse in check, I've been known to claim that The Bays are 'the most important band in the world'.

Why? Notwithstanding the absurd grandiosity, there's good reasons. They're doing something fairly unique, live improvised electronica, with huge integrity: they only play live, they never rehearse, they never play the same song twice (though over the years the odd sample has cropped up again from time to time), & they don't release records & have no product to sell ('Performance is the Product') - giving their music away via the internet instead.

Sounds precious & a bit pretentious? On the contrary. It probably helps dispel that notion that their rich, spacey instrumentals are underpinned by the most relentlessly physical drum & bass.

The Bays are also constant, self-challenging collaborators - with everyone from Herbie Hancock to Richard Barbieri to Medeski Martin & Wood to gifted amateurs to drum 'n' bass dons to, most recently & amazingly, the Heritage Orchestra.

Unlike many Bay fans, I suspect, I like them best in their slow & moody mode. Here's a fine example from a 2005 set & here's another from 2003 (here & here in higher quality via zShare). & here's an inspirational manifesto (stay with it past the first minute of credits...).

Anyway, things have been quite in Bayville lately. But tonight they unveiled a new first - a compilation of inspired moments, spliced together by Bay Simon Palmskin. It's here for download or listening.

If you appreciate it & the rest of their music, consider donating via BayPal :-) 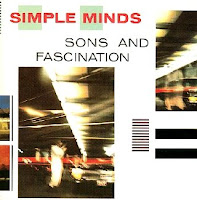 The hideous, almost laughable uncoolness of Simple Minds (Wiki/fan site) today is a useful shorthand for the worst kind of swollen, stadium-oriented bombast. But it also, crassly, erases any credit for their often outstanding early albums.

AMG thinks otherwise, but to these ears Sons & Fascination & the bonus Sister Feelings Call were the high point of this era; the two are usually packaged together into a must-own single CD these days. Listen to 70 Cities As Love Brings The Fall & The American to get a sense of how good - dramatic, textured, thrilling - they are.