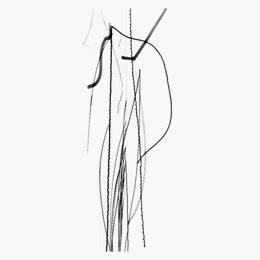 Two modern masters in ravishing first-time live collaborations for the increasingly vital Cronica: Philip Jeck crowns the recent Crossovers set of baton-passing duos in a bucolic, filigreed pairing with lever harpist Rebecca Joy Sharp, while Stephan Mathieu combines with violinist/shruti boxer David Maranha on the radiant, richly groaning Strings (as "sun-drenched yet gusty" as the Porto day of its performance...).


Crossovers was initiated by Simon Whetham (a sometime Bristol neighbour of LMYE's, though the collection grew out of time in Tallinn). "During the residency he met and worked with many artists who were all working with sound and music in different and interesting ways, prompting him to exhibit the work he composed alongside work created by those he met and worked with throughout his time in Estonia and Latvia.


Performing at events a number of times during the residency became an
integral part of the project, so when Whetham came to exhibit the works
in the UK, each exhibition began and ended with a live performance event,
drawing on a pool of diverse local artists and musicians. The format for
each performance was that artists were organised into pairs, with one
artist beginning to play solo, would then be joined by the second for a
short collaborative crossover section, and then the first would end their
performance, leaving the second to play their own solo piece.


Gathered on this compilation are a number of the crossover sections, where
artists who had not met or collaborated before are captured performing
together for the first time." 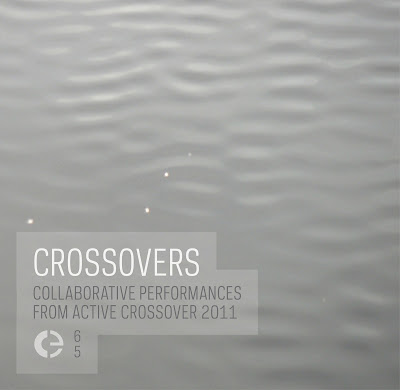 Blurb: "“Strings” documents the long awaited first encounter of David Maranha and Stephan Mathieu, taking place in the Tennis Court of the Parque de Serralves, in Porto, on a sun-drenched yet gusty late-afternoon in July 2011. Having discussed in advance which instruments, tuning and notes to use, the piece was accomplished as an improvisation on the violin, shruti-box and virginals, reflecting both players love for classic minimalism, but also their ability to transform this language and make it their own. The acoustic instruments were amplified through a quadrophonic system to captivating volume, that nevertheless allowed environmental sounds to permeate." 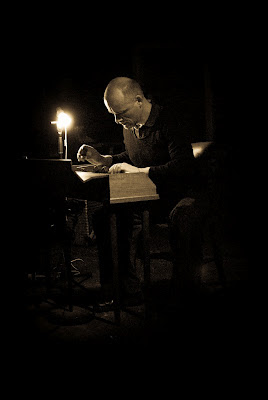 Photo above by Pascal Savy (from a lovely Fluid Radio review). Important: LMYE only makes music available that artists/labels have chosen to share freely. Let us know if something here shouldn't be.
Posted by JL at 10:52 No comments:

"when the future was still a good idea" 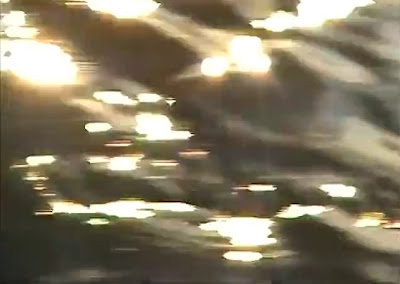 
Judgemental nostalgia aside, though (mostly a reaction to last year's hit-&-miss Seven Stars, anyway) , a new oldie - Liquid Music - is deeply beguiling & indisputably prime ("premiered during the Touch tour of 2001, the time of Fennesz’s Endless Summer and the steady movement towards Venice", according to Touch). A buzzing, scratchy fuzz, pinging tones, a restless, pulsing base: & a whole vastly more than the sum of the parts. 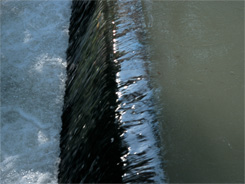 
& finally here's a 10-hour Spotify playlist for your inner train-spotter...


Liquid Music was made in 2001, in conjunction with the music Christian Fennesz was developing during that fertile period when the future was still a good idea. The first version – this is it – was premiered during the Touch tour of 2001, the time of Fennesz’s Endless Summer and the steady movement towards Venice.The footage for Liquid Music originates from Prague, Paxos, Crete, Cephalonia, Messinia, London and one short clip from Monterey Bay. It was filmed on Hi–8 and mini–DV between 1995 and 2001. The main idea was to film everything through the lens, with no post production other than the compilation of many years work into a coherent whole. Fennesz’s music, and its ascendent quality, made that a pleasure. The optical quality is on the cusp between analogue and digital resolution. In many respects it’s an exchange of values as much as working methods.I feel it’s one of the best works we did in the last 10 years. The Brighton concert, where the audio comes from, was a key moment on the Touch 2001 tour. The PA was Loud. Everything worked. The film, as on all nights, was played in parallel, it is not sync’d in the conventional sense. Every time is was shown it was different. On this night, the second night of the tour, the audience was shocked in a way that shock rarely happens these days. 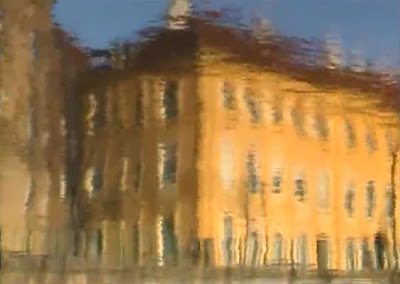 This very same year, industry experts got together in California to set the MPEG compression codes for DVD mastering. MPEG4 algorithms basically sample 3 frames out of the PAL 25 frames-per-second standard, and interpolate, which is OK if you’re trying to get a drama onto a DVD, but hopeless if the film involves very fast movement and transitions. Liquid Music is in some respects a laptop response to the celluloid flicker film from the 1960s – Paul Sharits, Tony Conrad, Stan Brakage – Peter Kubelka’s Arnulf Rainer. We tried everything Soho facilities houses had to offer but there was no way the film was going to master accurately onto the DVD format.The movement of water is a difficult thing to film, and to sonify. For years the only way Liquid Music could be shown was either as a live projection or a dedicated screening – these have taken place at Tate Modern, the BFI, Austria, Hungary, Germany... Ten years later, the satisfactory outcome is to see what it looks like on an iPad or an iPhone, and then to imagine it on the big screen.

Important: LMYE only makes music available that artists/labels have chosen to share freely. Let us know if something here shouldn't be.
Posted by JL at 20:08 No comments: 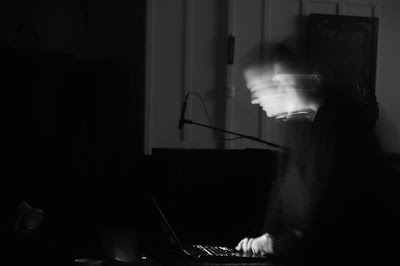 
Despite their veteran standings, both Pimmon (Paul Gough) & Mueller are making UK debuts this month. A delicious contrast between the one's masterful, sly manipulations of texture & the other's hugely physical - though very subtly structured - long forms is in prospect. Let's hope they pair up before the evening's out (let's also hope some of those Anzac biscuits are left from Cragg Vale...). 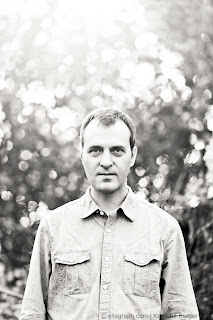 The privilege of witnessing those two live not enough for you? Then fire up the reed organ for the OO's "shimmering, glowing halo of overtones"...

Hope to see you there. 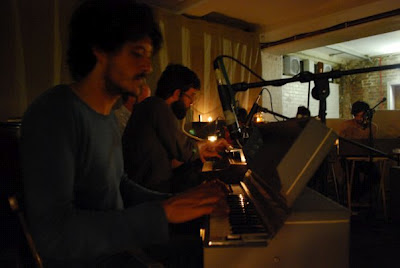 NB: top photo by Jonathan Lees. Important: LMYE only makes music available that artists/labels have chosen to share freely. Let us know if something here shouldn't be.
Posted by JL at 22:19 No comments: 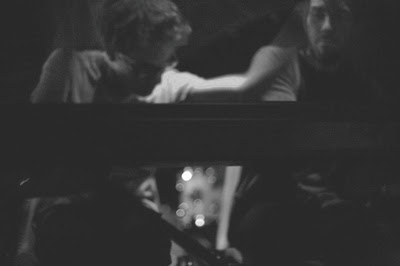 Alaska or Wisconsin? It's unclear which David Wenngren (Library Tapes) & Jonatan Nastesjo (Woodchucker) had in mind, but given the latter's richer Swedish links let's go with WI - especially as Gustav (or Gustaf) Unonious's Waukesha County seems to fit.


In any case, a diverting new piece sends these ears Below Juneau. Diaphanous, other-worldly, beyond genre, Something there once again underlines the range of Wenngren, who also works in his own name & as Murralin Lane & Le Lendemain, & whose The Meridians of Longitude & Parallels of Latitude with Christopher Bissonnette graced LMYE's 2011 Festive 50 + 50.


Below also hear the only other BJ piece extant - the stunning, hushed Feel Nothing.

Important: LMYE only makes music available that artists/labels have chosen to share freely. Let us know if something here shouldn't be.
Posted by JL at 10:23 No comments:

Lend Me Your Sequence 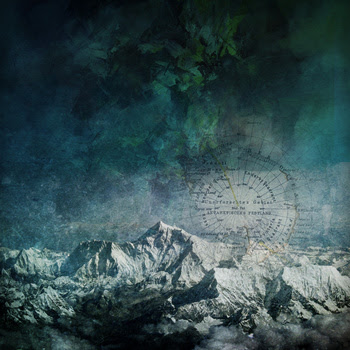 
SEQUENCE3 comes with FS fast mutating into a must-hear imprint. Radere's thrilling epic I'll Make You Quiet in particular (post to follow: no, really...) marks it out as something quite special. More, please! 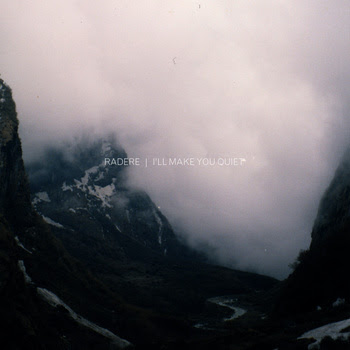 Important: LMYE only makes music available that artists/labels have chosen to share freely. Let us know if something here shouldn't be.
Posted by JL at 16:22 No comments: